Popping the Question: How I Survived My Proposal & Other Musings 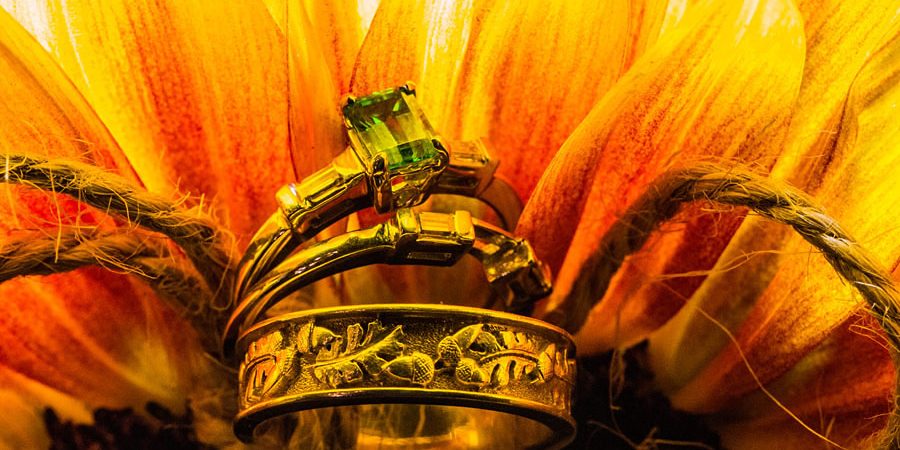 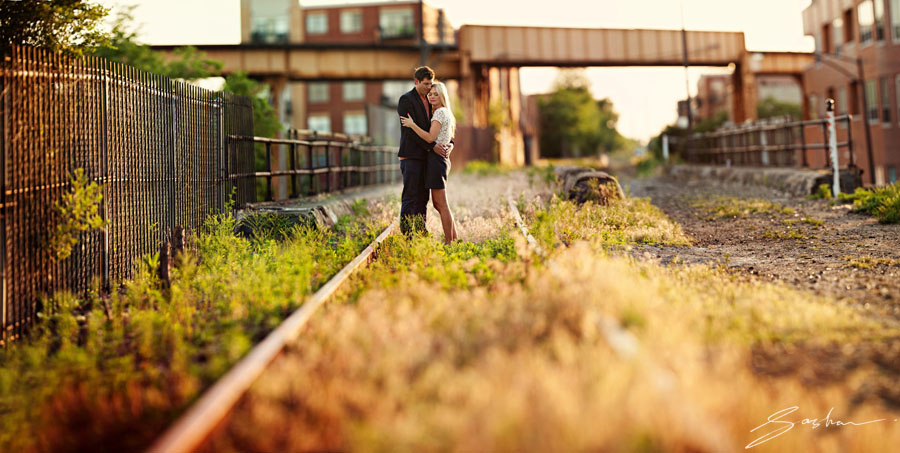 I almost proposed to my wife in the airport.

It wasn’t supposed to turn out that way. In fact, the proposal was supposed to happen on our Cancun vacation, and it was meant to be a total surprise. A mutual friend, who happens to be a gemologist (more from her later), graciously advised me on the ring, and this ring came along with us as we made our way through Terminal 2 at San Francisco International.

For some dumb reason, it had never occurred to me that I would have to stash the ring somewhere. I couldn’t very well keep it in my pocket as I went through the metal detector, and it would have been ill-advised to put it into the big check-in suitcase. So, as we approached the security line, I quickly snuck the box into the only place that seemed logical, which was my camera backpack. Inside it, there were a few lenses, batteries, and other miscellaneous camera accessories. I figured, even if TSA singled out the bag for screening, the nondescript ring box (just about the size of a Canon battery) would be camouflaged among the many other camera items.

As the bag passed through the scanner, I got “Sir-is-this-your-bagged” and before long I was face to face with a fastidious TSA screener and a pair of blue latex gloves. Instead of just rifling through my backpack, this woman started taking out individual items and and setting them onto the counter. I mentally counted down as her inspection approached – battery by battery – ever closer to the ring box.

“Why don’t you go take a seat over there while this happens?” I instructed my then-girlfriend.

“Why would I? I’m sure she’ll be done in a second,” she replied.

“No, really. We have a long flight. Just go chill out on the bench there and I’ll come get you,” I insisted.

“Why…OK, fine,” she acquiesced with no small hint of suspicion in her voice. 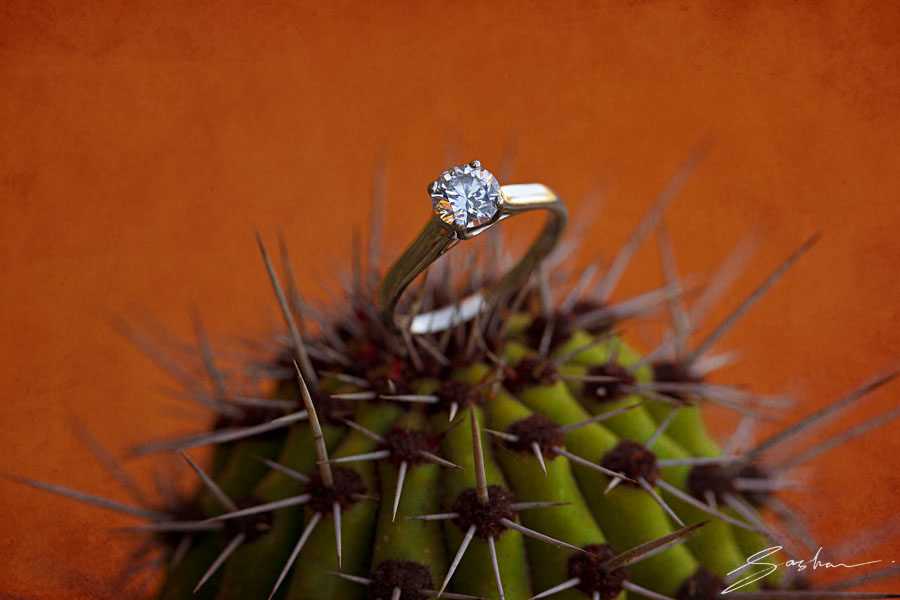 My girlfriend turned her back and walked away just seconds before the TSA guard took out the ring box. She glanced at it, nodded, and allowed me to start putting things back into the backpack. I breathed a sigh of relief, and realized that I had been seconds away from a very spontaneous and very uncomfortable plan B. Had my girlfriend stuck around, I would have had to propose right there on the spot – shoeless and beltless, my elaborate plans in full view of amused travelers.

Fortunately, I escaped that security line with the ring still undiscovered, although I had to work hard to allay my girlfriend’s suspicions, and when I finally did propose, she really was taken by surprise.

That’s my engagement story, and as a wedding photographer, I could endlessly listen to my couples talk about their own. Hearing a couple tell their story is always a new experience—sometimes their recollections diverge slightly, sometimes they tag-team, and sometimes each person appears to have his or her own colorful narrative. 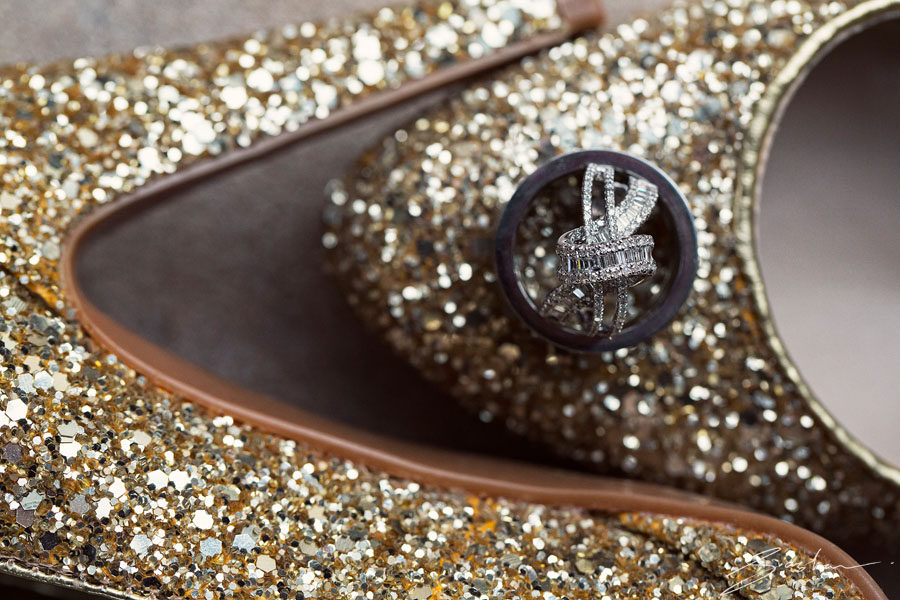 The Proposal: Surprise or Collaboration?

After listening to my couples recount their stories, I noticed that generally there are two camps when it comes to getting engaged. On the one hand, there’s a certain tradition in opposite sex wedding lore, which stipulates that it’s the groom’s responsibility to procure the ring in secret, and to arrange a memorable, emotional and unexpected proposal. The other major route involves the couple window-shopping rings together, which I suppose signals that the engagement is imminent. Then it’s usually the man’s job to still arrange the proposal at an unexpected time and place. (For same sex weddings, the obvious gender roles kind of go out the window. One couple I worked with, Rudy and Gilbert, explained how Rudy took the initiative. He had arranged for an elaborate evening, which transported the couple to the Mark Hopkins Hotel, and ultimately to Asia SF, where Rudy surprised Gilbert with an emotional proposal. You can view their same-sex engagement session).

To get some more color on modern-day engagements, I decide to talk with someone who is literally indispensable to a marriage proposal. David Clay, a venerable San Francisco jeweler, has been in the business since 1979. In his store, David is known as the “Big Kahuna” (it says so right on his business card). He focuses on providing great service, building trust and educating his clients, for many of whom the engagement ring will be their first major jewelry purchase. 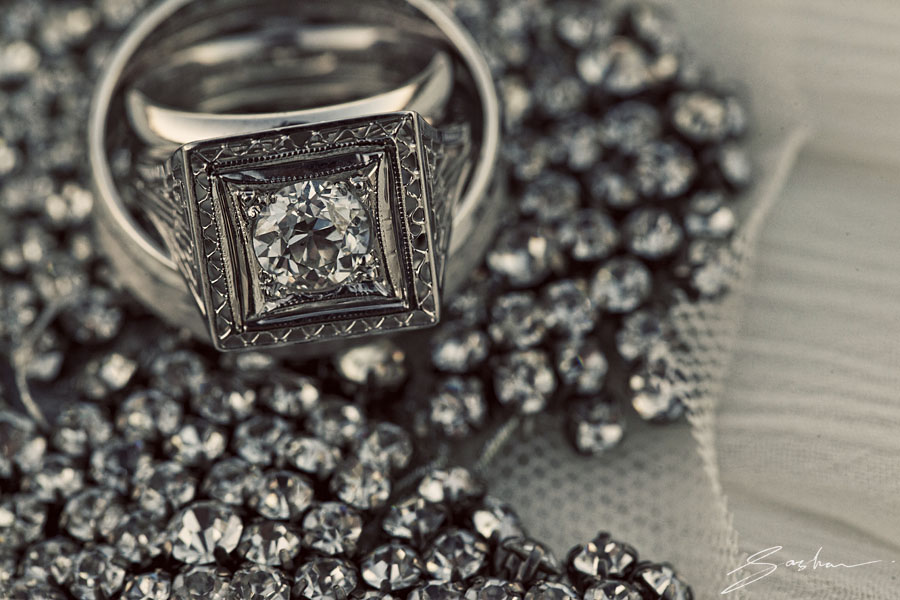 “Trying to get someone to be comfortable is the key to our success,” he explains, because he recognizes that the ring is a big investment. He smiles, and shares a favorite ice breaker: “I’ll often say to the guys, ‘This counter is a dangerous place to be. Didn’t you have any friends that can talk you out of this?’”

“About a third of the guys that walk into our shop know exactly what they want,” explains David. “Another third come in as a couple, and the last third come in solo, without a lot of knowledge, and can get overwhelmed by the options.” 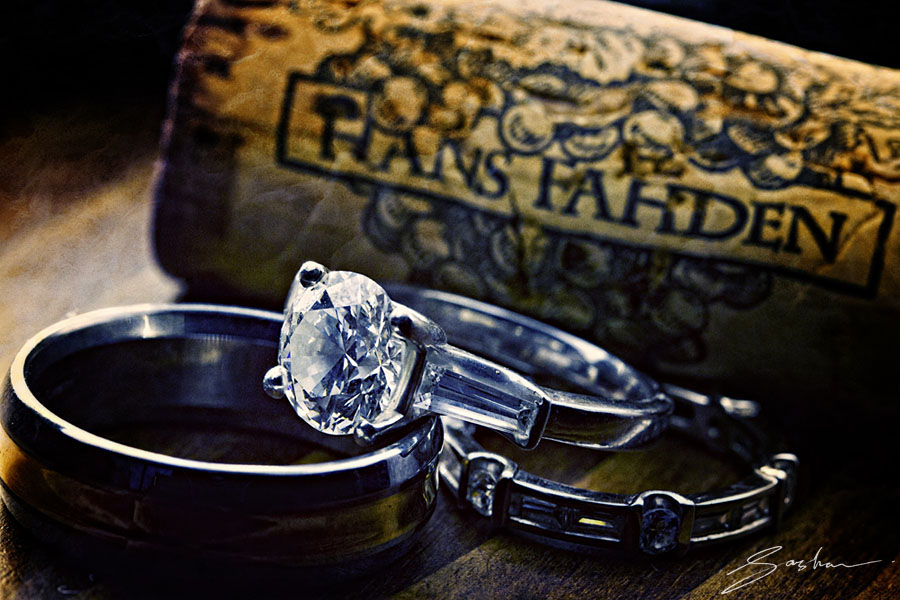 What are his thoughts about the proposal? Should be a surprise, or a collaboration, I wonder?

“I admire the gutsy guy that comes in by himself. With the complete element of surprise, that’s where the peak emotion is, that’s when there are tears, that’s a wonderful moment,” David answers.

Then he tells me about the engagement story behind the couple that’s featured on the homepage of his website (http://www.davidclayjewelers.com/). The man had set up a camera on a tripod, telling his girlfriend that he wanted to get a photo of them together in front of the Golden Gate Bridge for their holiday cards. Then, he put the camera on a timer, and counted down from 10 in his head. When he got to 8, he dropped to one knee, opened the box with the ring from David Clay Jewelers, and popped the question. The shutter clicked, and the moment was captured forever.

An incredible story. As a wedding photographer, I’m delighted and impressed to hear about how resourceful the guy had been in order to capture the proposal on camera without the help of a third party. 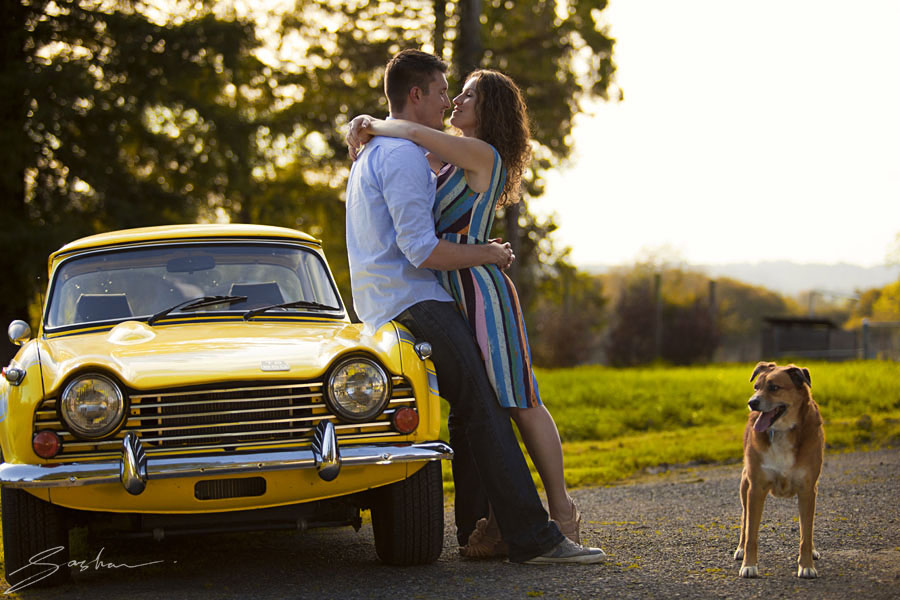 Remember the jewelry advisor who helped me out? Elina Uzin Chernis is a gemologist (http://lovelyfacets.tumblr.com/) with many years of experience in the jewelry business. Her expertise gave me the reassurance to survive the ring-buying process.

What does she think about the proposal?

“Since the guy has a specific budget, I believe it’s his duty to do the research, find the diamond, and surprise his future wife with a proposal,” Elina muses. “However,” she adds, “since girls these days have so much opportunity to search for their own style of rings, many will most likely change the original ring setting within the first three to five years. The guy can buy a very simple ring or ask the jeweler to ‘borrow’ the setting. Then, after the surprise proposal they can go shop or design the engagement ring of her dreams.”

According to Elina, not only does this hybrid approach take some pressure off the guy to get it absolutely right the first time, but also, she jokes, “This way the girl gets two presents!”

Back in his airy Union Street store, David Clay agrees with this approach. He similarly advises getting either a generic ring that can be effortlessly exchanged after the proposal, or proposing with something that’s very close to what you think your partner might want. Then, when returning to the store together, the “approximate” setting can be traded in for something similar that the recipient will absolutely love. David explains that this has the benefit of establishing both the size of the setting and the price range. When the couple return to the store together, David explains, he feels a professional duty to keep them faithful to the original investment made by the person who purchased the ring. 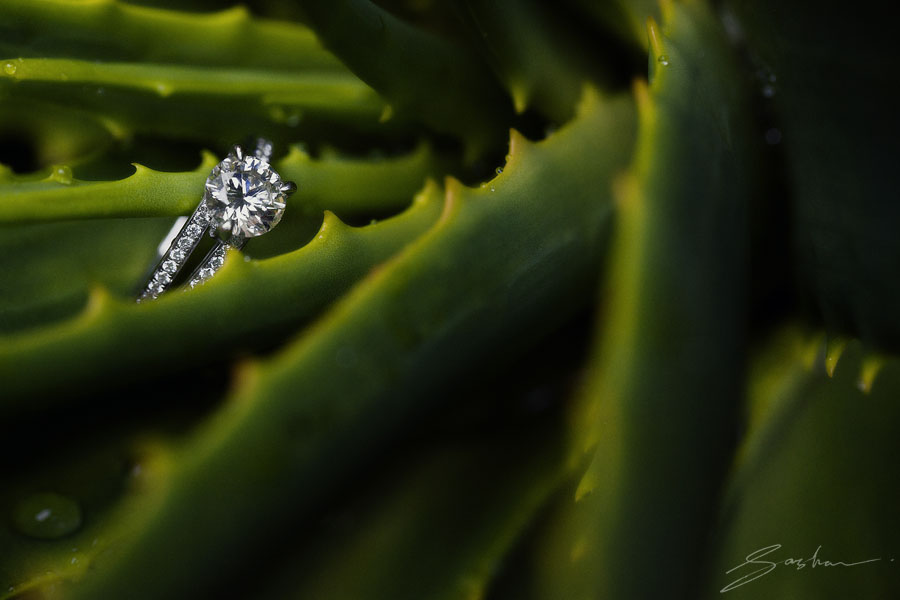 So, what do I think?

As both a wedding photographer, and a former groom, I think the adventure of planning and carrying out a surprise proposal is a wonderful experience. It’s also a great dress rehearsal for that wonderful moment when you publicly commit to each other in front of an officiant and your community of family and friends.

Ultimately, the engagement ring, regardless of how it is delivered or what shape it takes, is a huge milestone, a crucial detail, and a lasting heirloom in every couple’s story. Elina muses, “In an alternate life, I would have loved to have been on an exotic vacation and to have had a stem from a flower tied around my finger in a spur-of-the-moment proposal. I would have kept that flower, dried it and framed it as a memento.” She adds, “Then, I would have designed a very unique wedding band!” 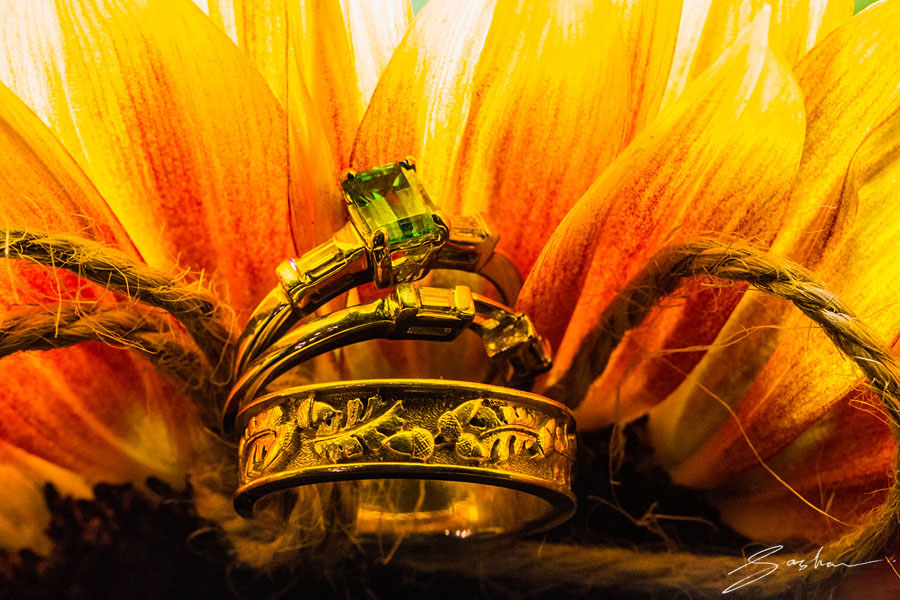 As Valentine’s day approaches, I wonder how many elaborate proposals are being plotted, how many engagement rings are awaiting their destiny – and I can’t get the photograph on David’s homepage out of my mind. The image reminds me that the investment in marriage is expensive and special for a reason. It is an admonition I’ve heard from many a wedding officiant, that “the contract of marriage is not to be entered into lightly”. As we consider the proposal, and the ensuing path to marriage, David Clay is honest with clients about what he believes to be the most treasured investments. “We say to our couples: ‘There are only two long-lived things: The first is obviously the ring, and then the second is the wedding photo you’ll see every day for the rest of your lives.’ So we believe that you should invest in the ring and the photographer, because it’s all about the memories.” 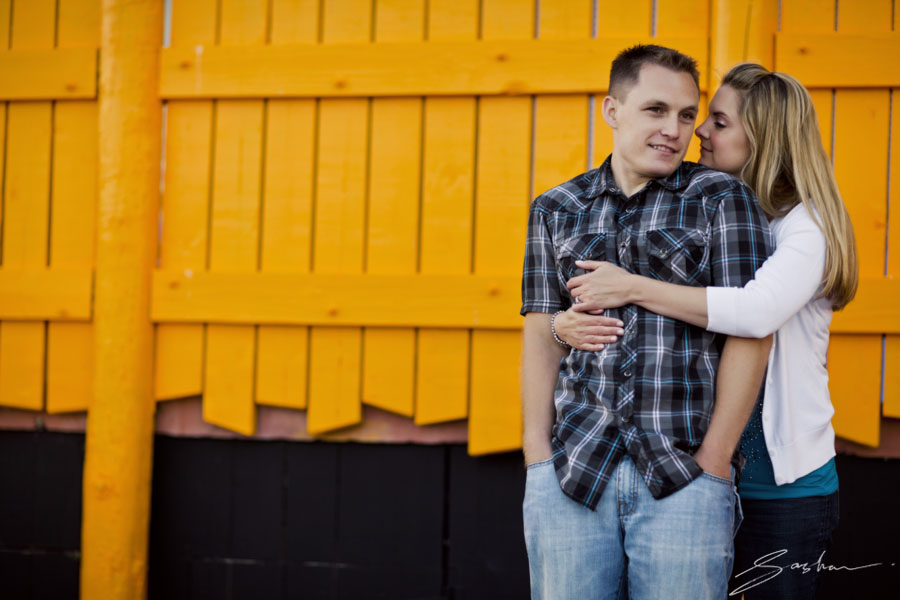 P.S. I popped this question on the Sasha Photography Facebook page, and it generated some interesting discussion. Check it out!