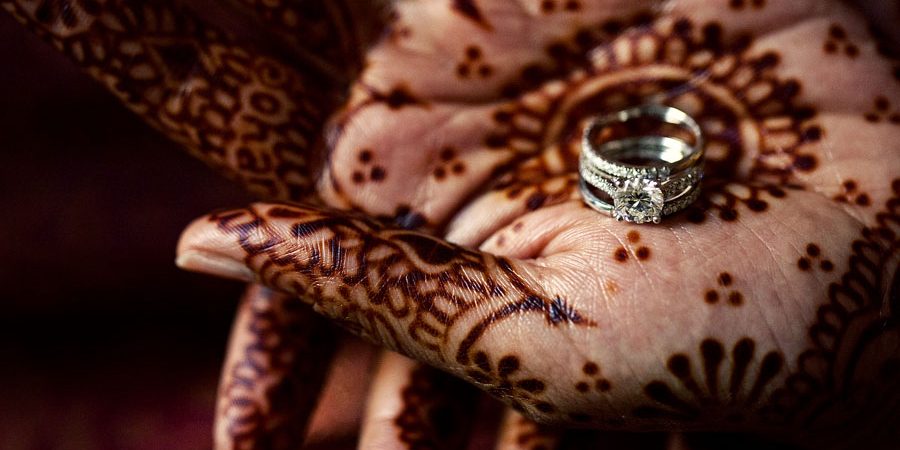 I’m back, baby!! OK, I won’t lie, I think Janaki and Johan were a little skeptical when I told them that I was coming back for their Indian wedding San Francisco City Hall – from my own wedding just in time! I assured them that I would be rested and creatively recharged, and that I’d do my very best to be on time for my flight home. While that was all happening, these two were finalizing their plans for a pretty complex day! Not only were J&J (may I?) playing host to inbound guests from outta town, they were also coordinating an intricate Indian-Swedish wedding ceremony. Fortunately, they had more than a little help from their friends and family! Bosco, a close friend, and one of the people who was present at J&J’s first meeting, officiated the ceremony, while Mr. Ramanathan, Janaki’s father, led the bride, groom and guests through Indian wedding traditions.

The standard San Francisco City Hall wedding can be quite “by the book”. However, this couple’s ceremony was uniquely special and meaningful, and it was incredible to see cultures and traditions intertwine before my very eyes. The ceremony began with the placement of sandalwood garlands on the couple, followed by a beautiful Swedish poem which Johan had chosen for the occasion. Mia, a close friend, began reading, Kärleken är så förunderligt stark, kuvas av intet i världen… (Love is so strong, so wonderously strong – nothing in the world can make it yield…) After the poem, the couple performed the Sapta Padi – known as the Seven Steps, which represented the beginning of their journey together and the vows which J&J read to one another. As we neared the end of the ceremony, an incredible warmth and depth of feeling had settled, like Vibhuti – sacred ash – upon the couple, the guests, and even the wedding photographer! Although rings are not traditionally exchanged in an Indian wedding, J&J chose to retain this traditional element for their ceremony, and they also performed the Indian ritual of Jaimala – the exchange of flower garlands. This act officially symbolized that the couple were married according to Indian custom. Rewind about an hour. I see Janaki enter City Hall in her radiant sari, and I immediately feel a breath of inspiration coarse through me. The reds, the golds, the textures were like a feast for the eyes!! Of course, Johan was perfectly coordinated with an elegant suit and a snazzy red tie. After people mingled, we took family photographs, and then I whisked J&J away from their guests so that I could get to work on capturing some beautiful wedding portraits around City Hall! The weather magnanimously withheld rain, and instead gave us beautiful diffused sunlight, which filtered through the giant windows on the fourth floor, where the couple had reserved their ceremony space. Needless to say, I spent the next couple of hours in photography bliss. These two were so natural, so effortless together, and their energy was endless. After their Indian wedding San Francisco City Hall, we explored all around the building. Then headed out to take more photos on the Embarcadero, and on to the wedding reception. All in all, it was an incredible day. Janaki and Johan, thank you so much for this amazing opportunity to bear witness to your celebration! Congratulations!! Janaki’s Henna by Henna Lounge. 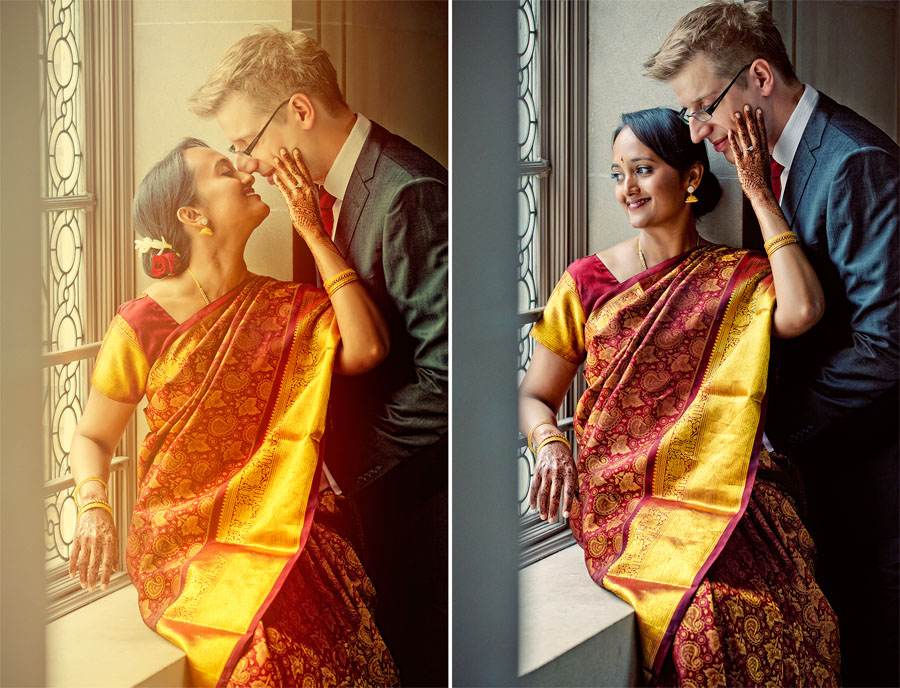 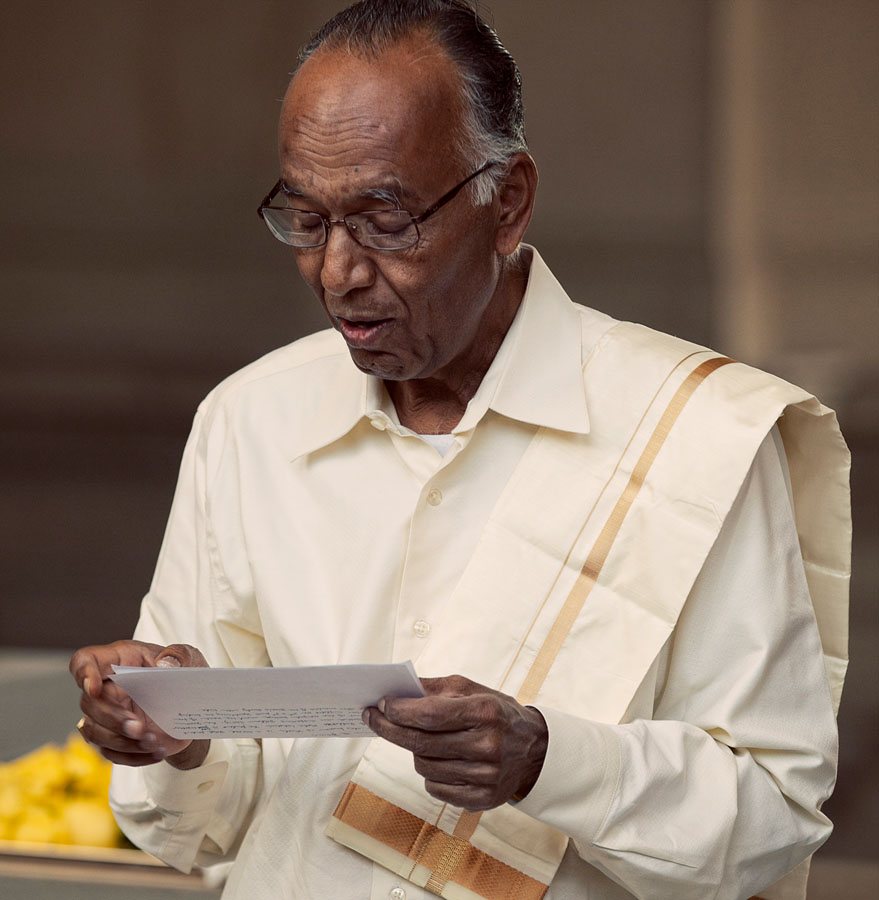 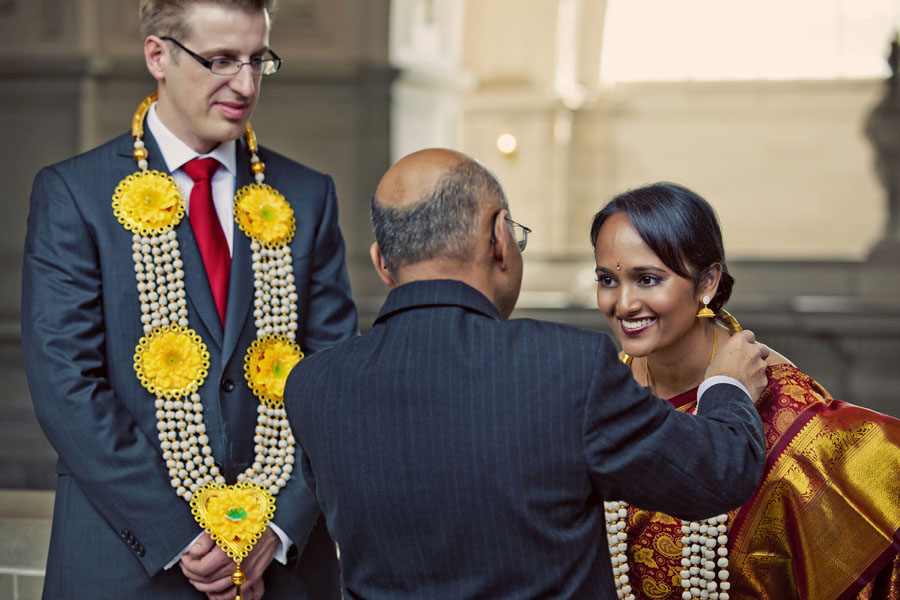 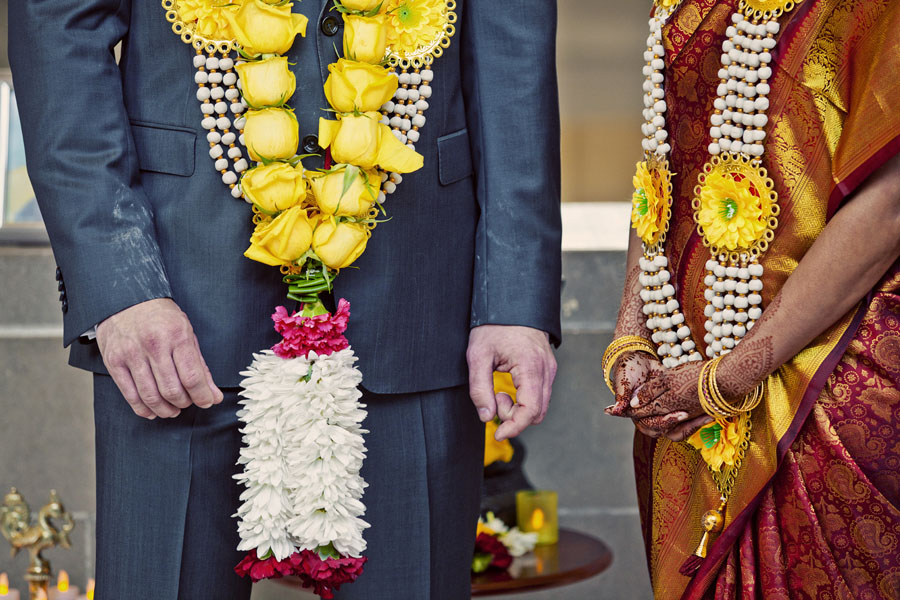 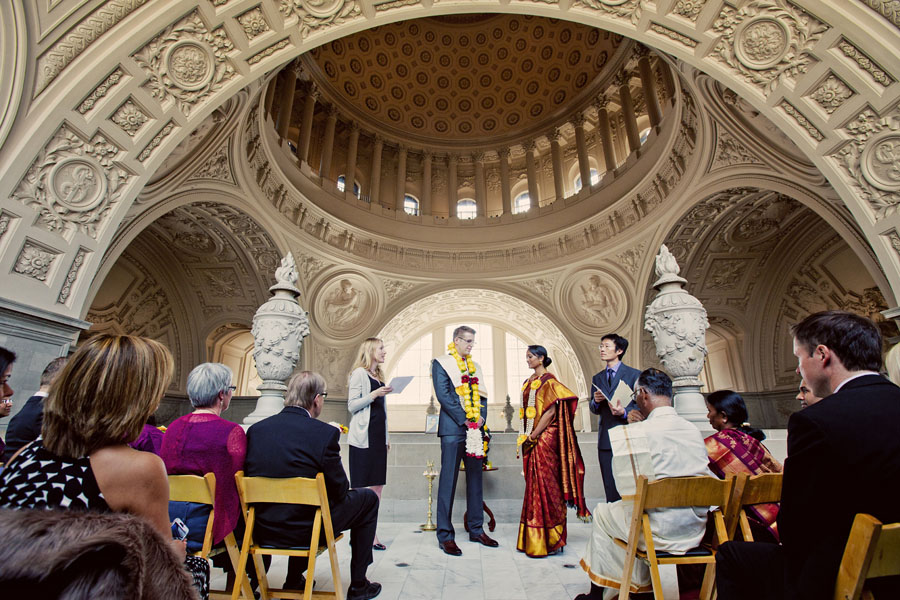 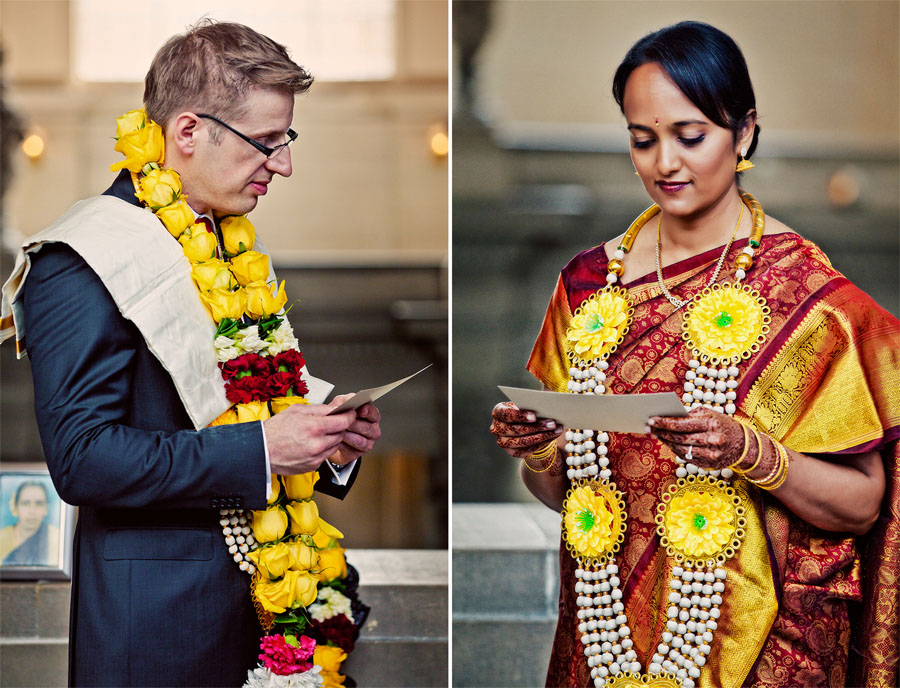 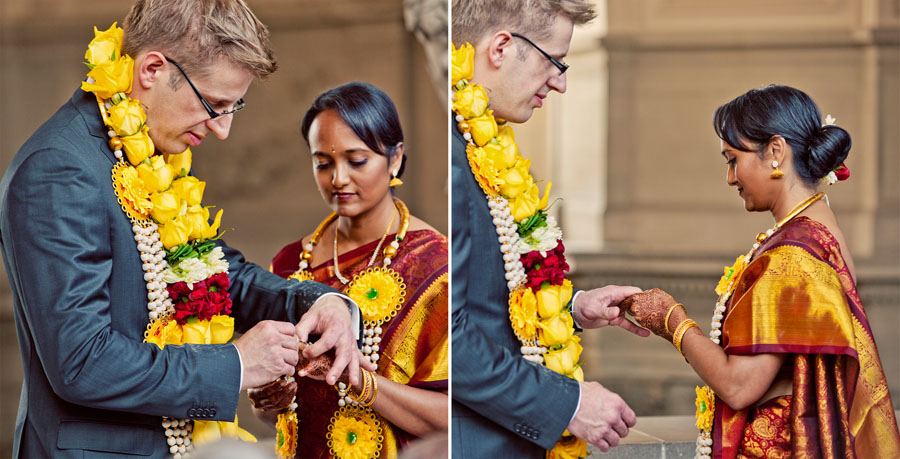 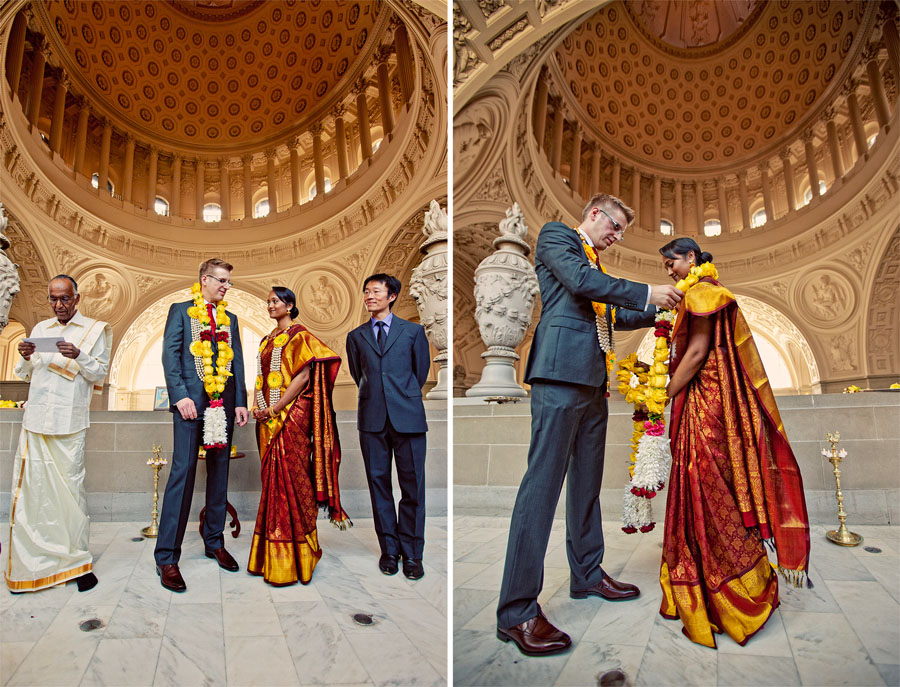 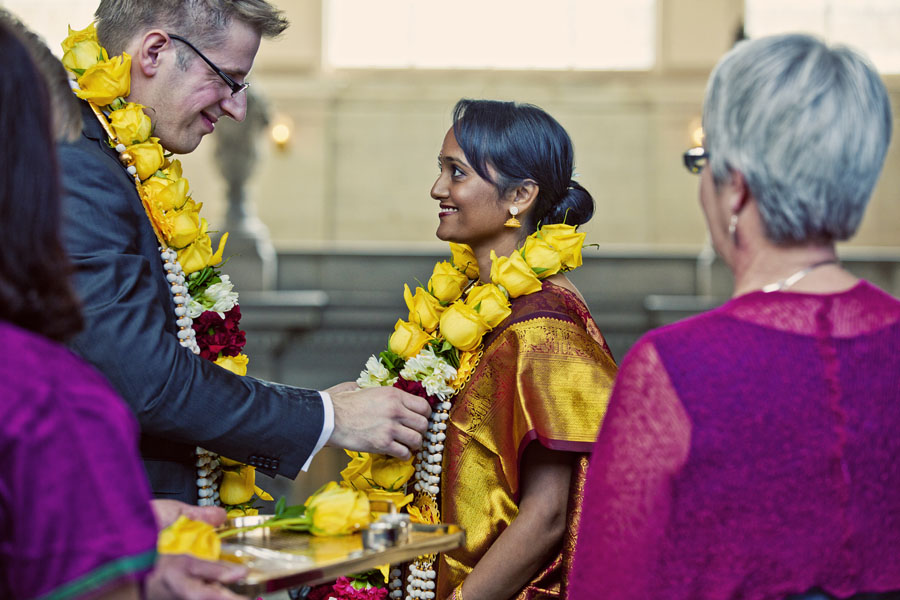 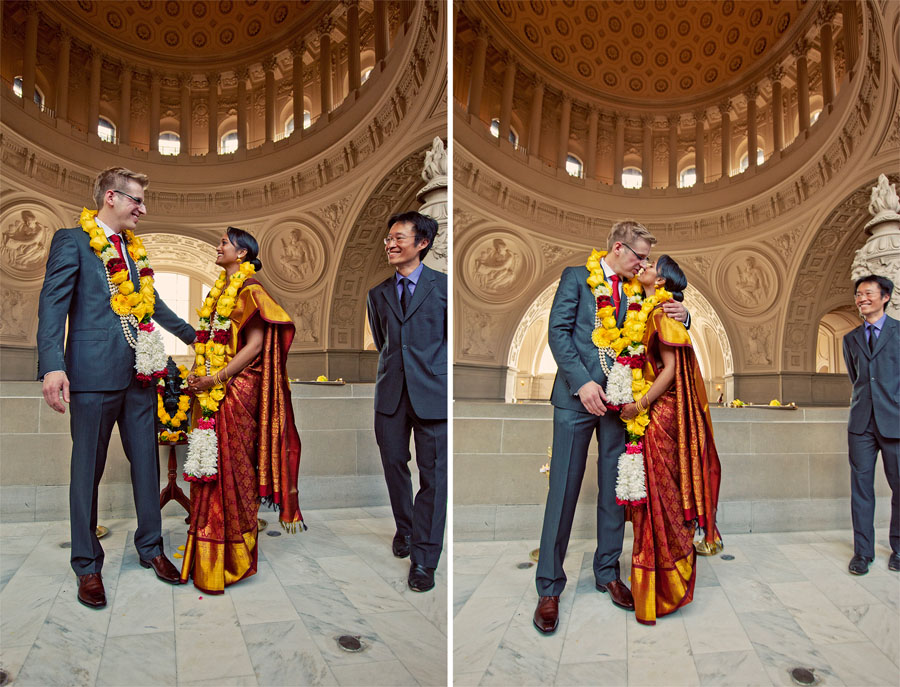 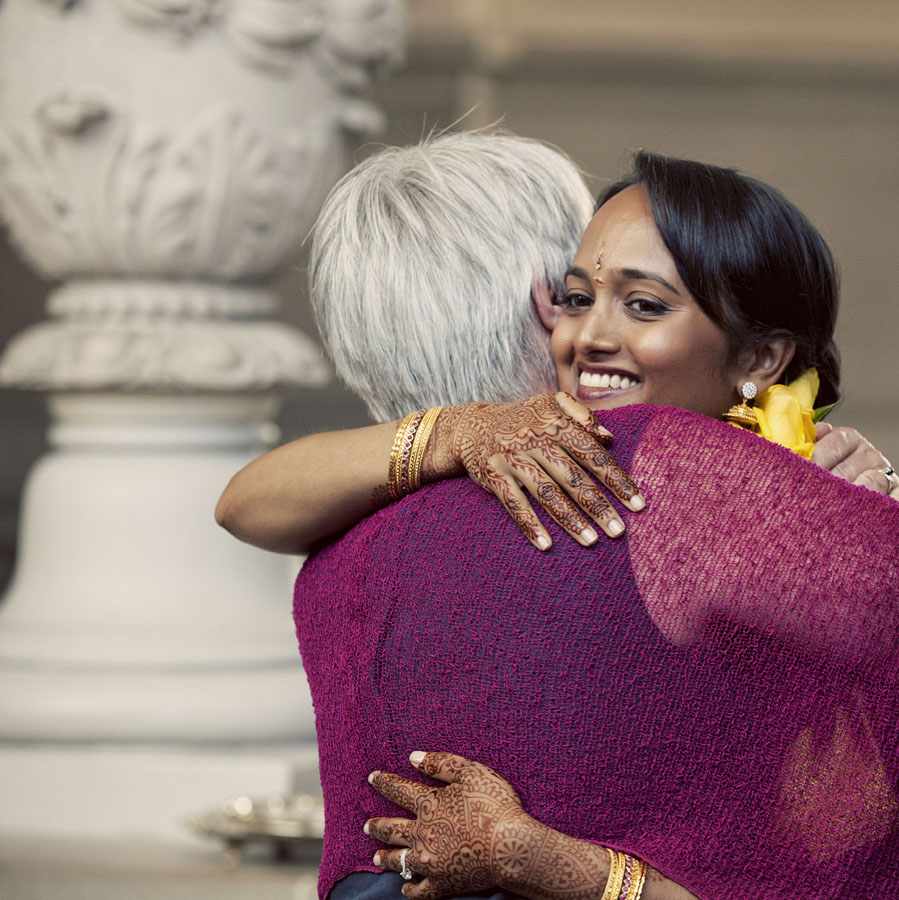 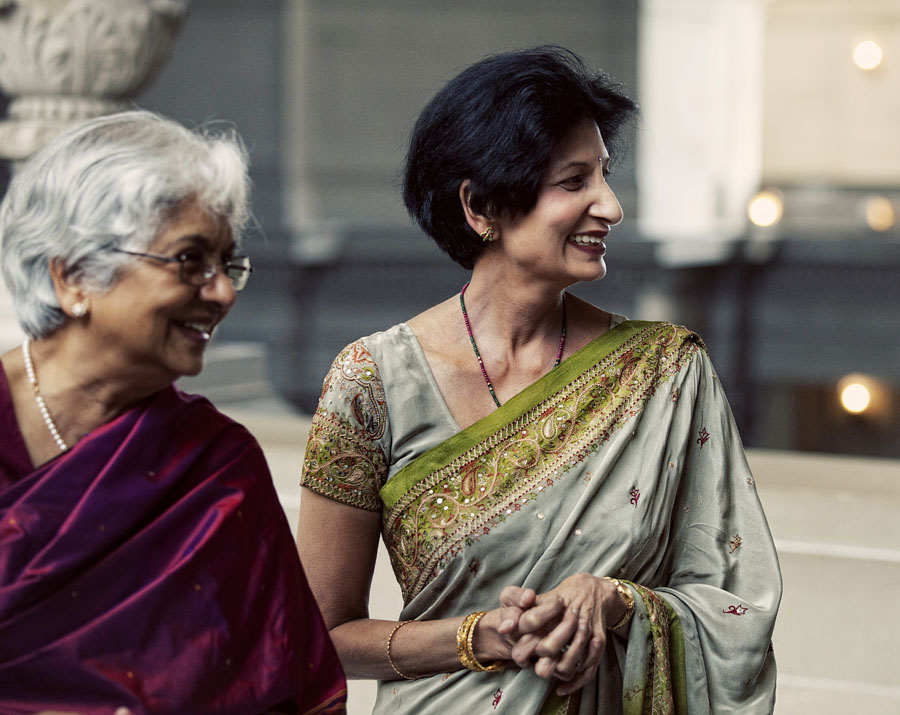 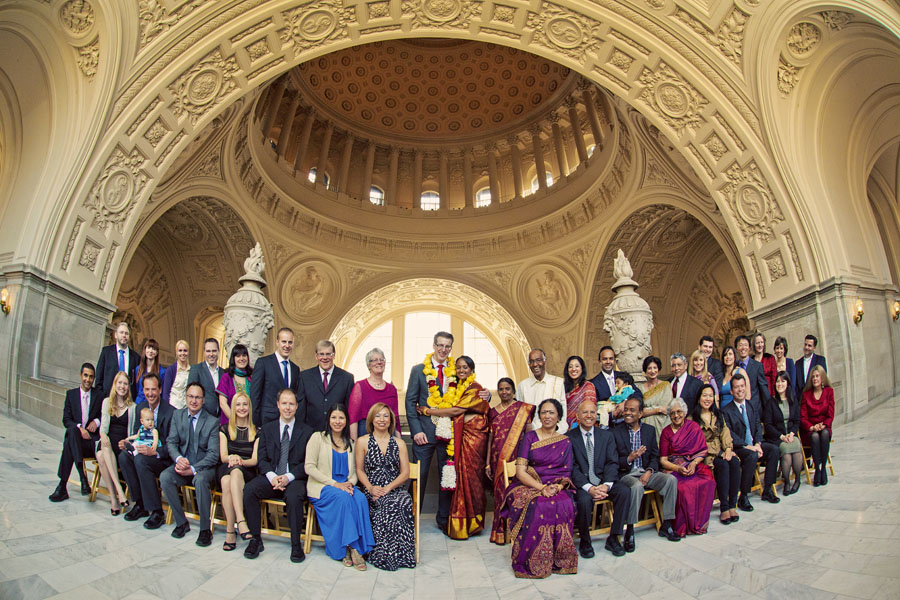 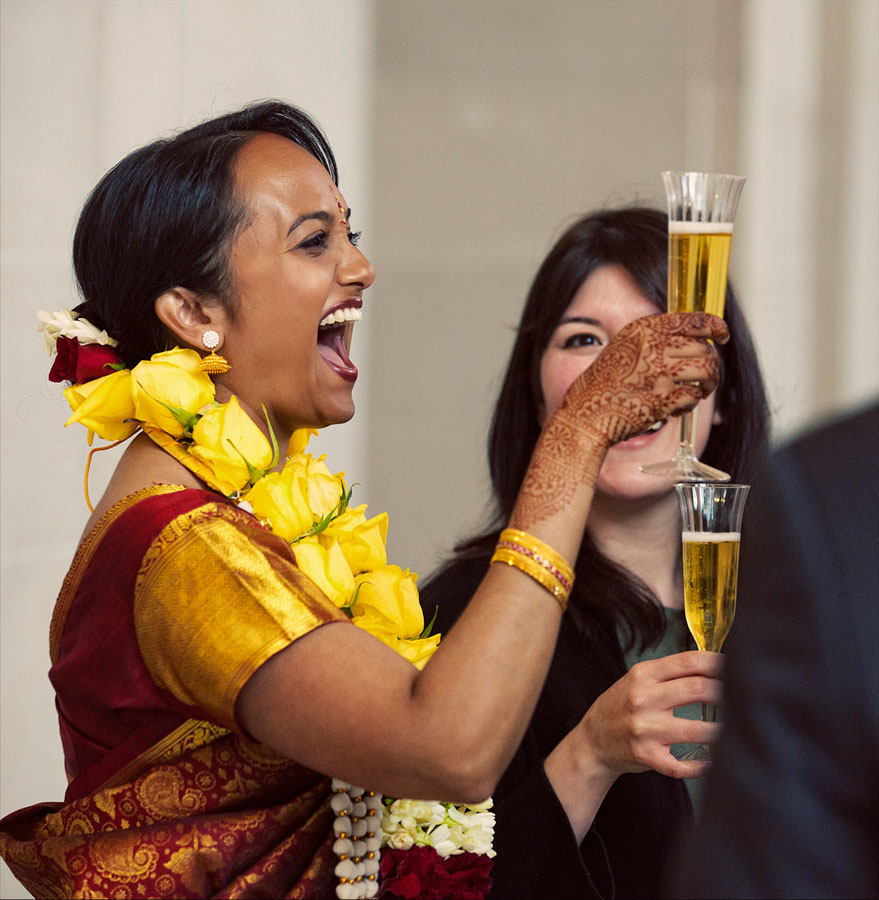 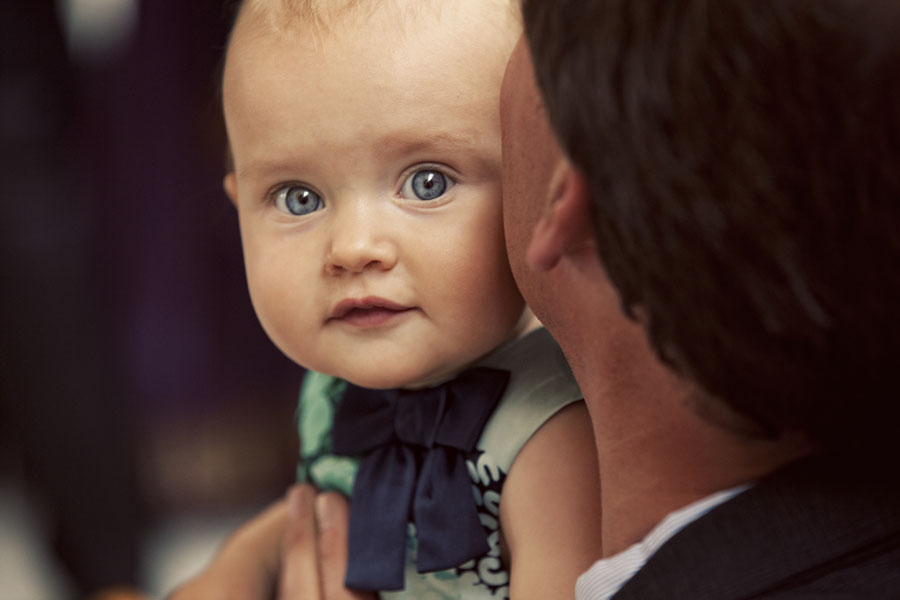 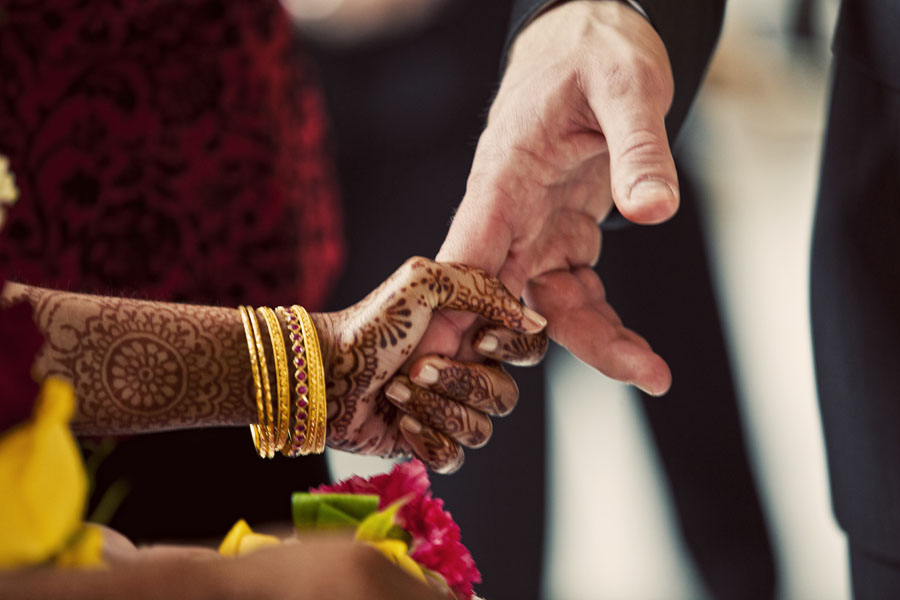 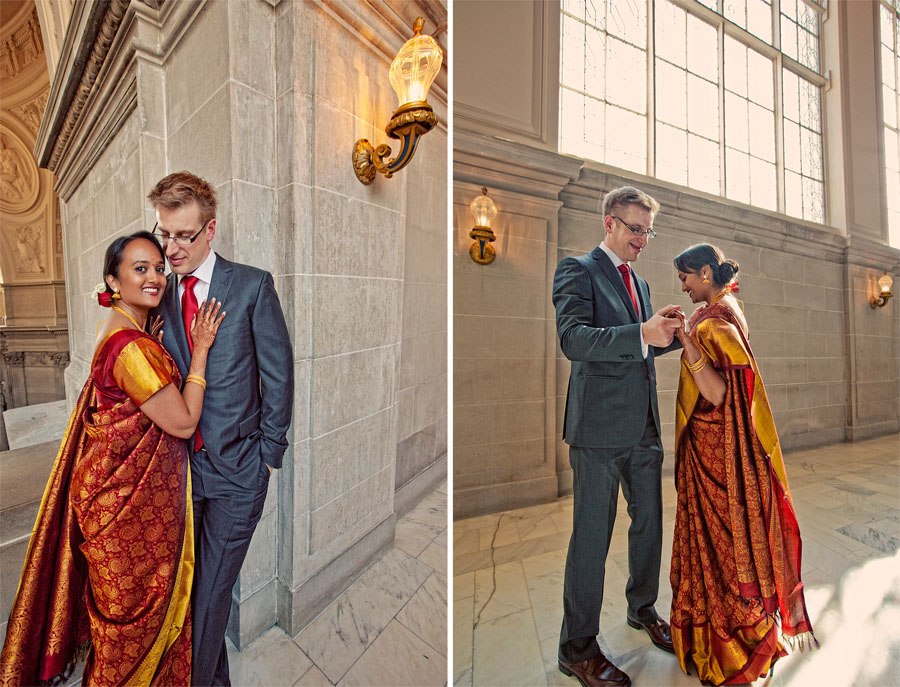 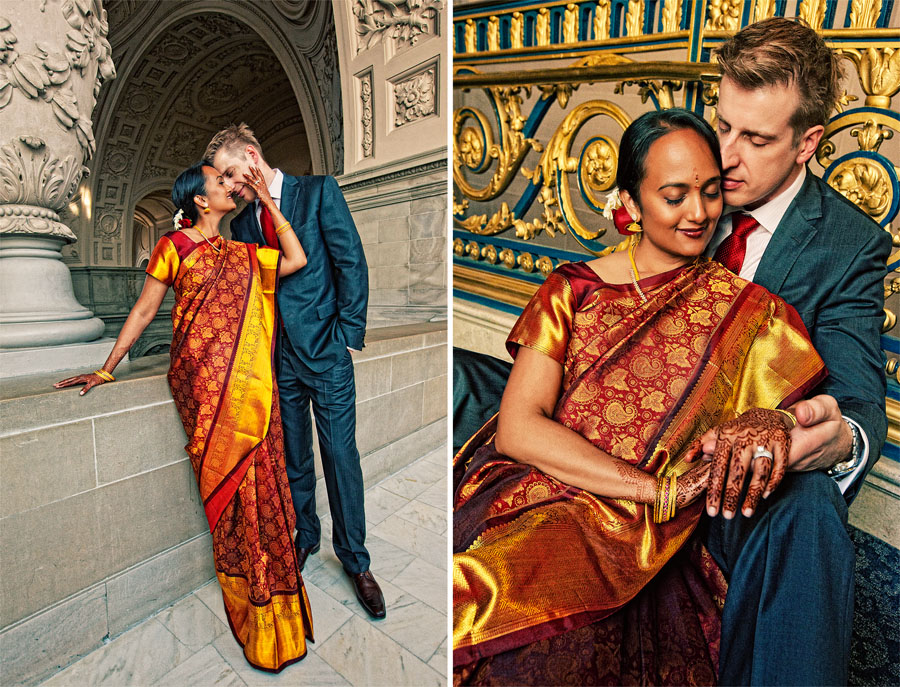 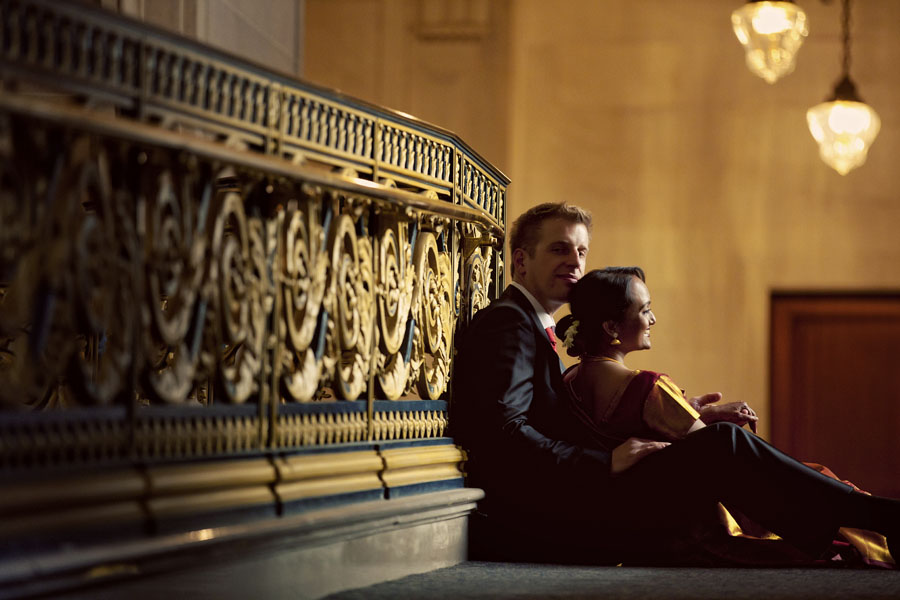 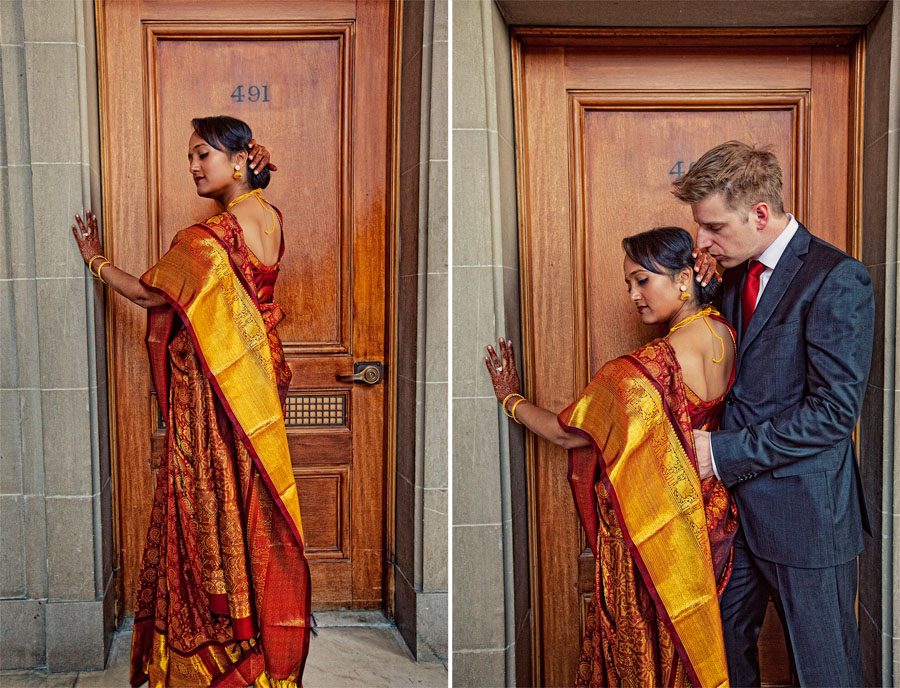 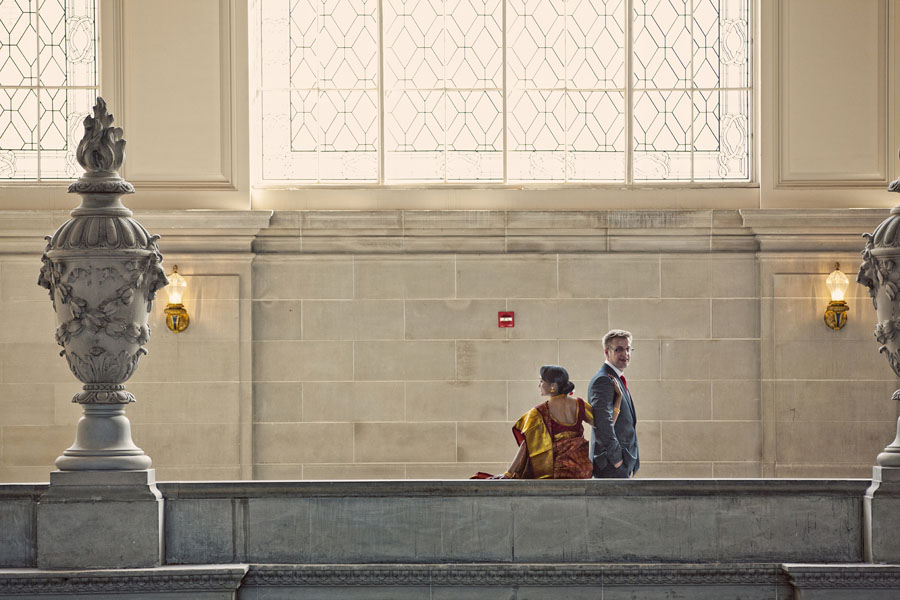 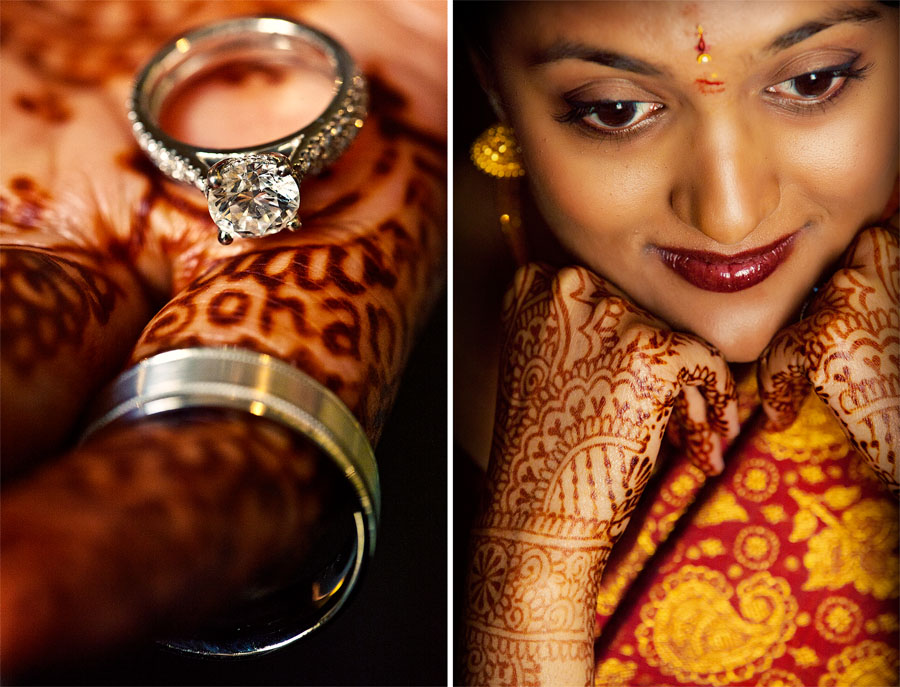 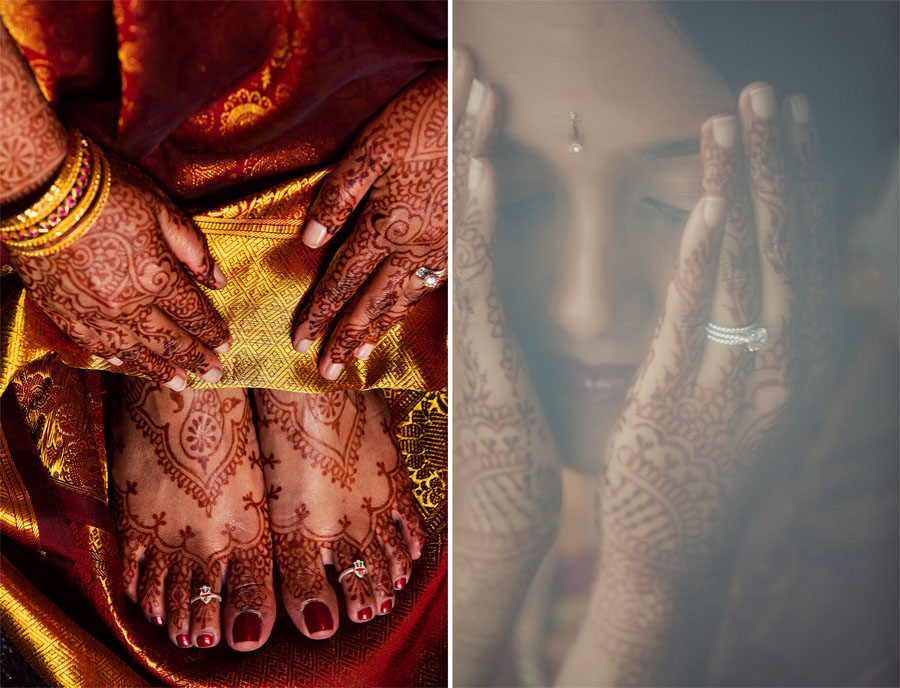 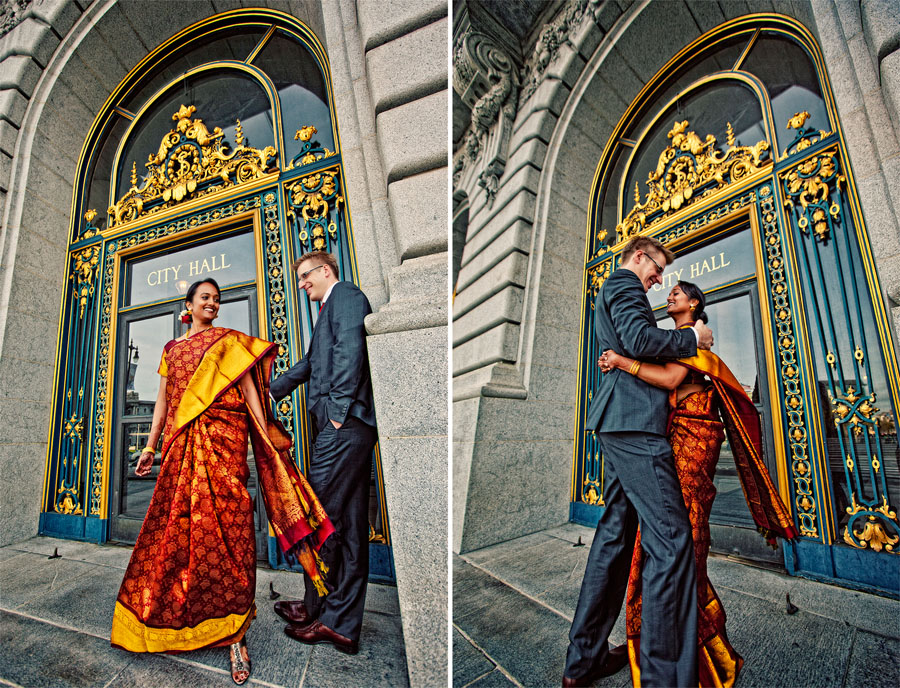 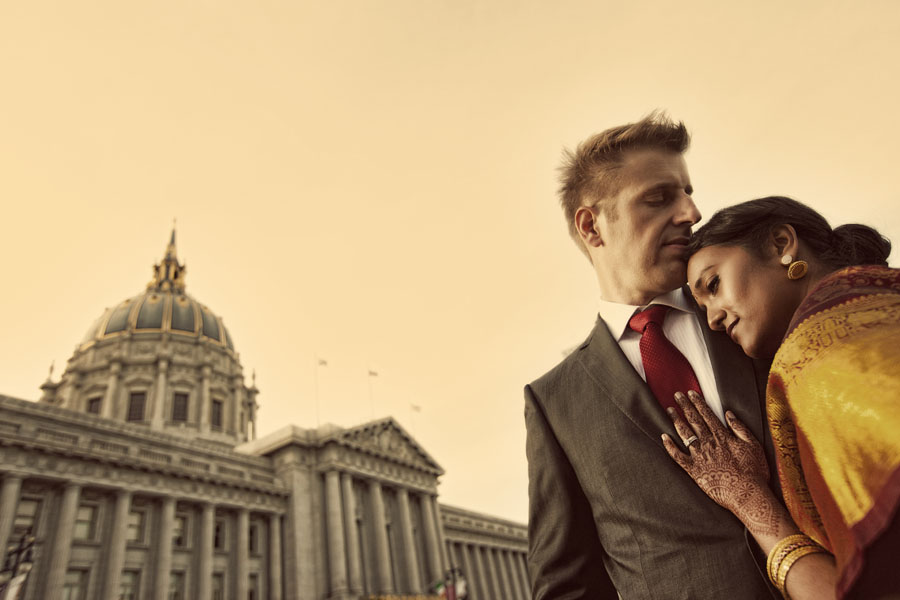 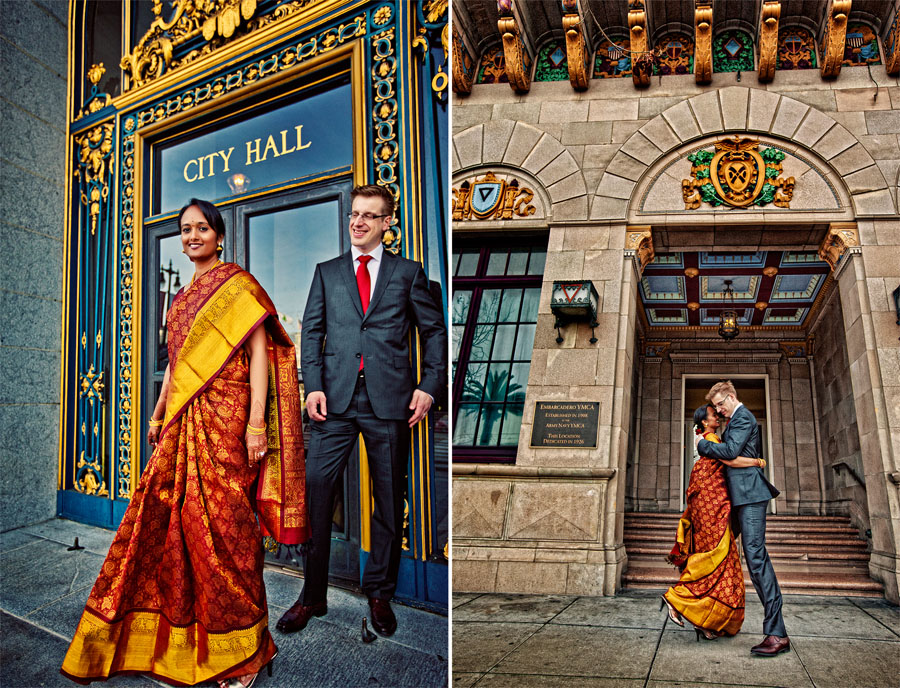 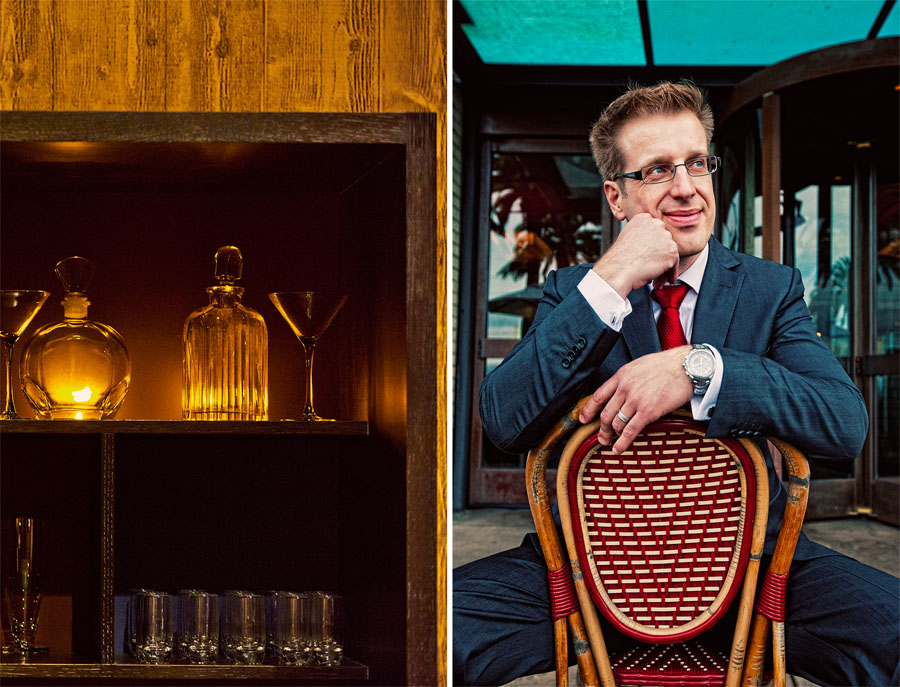 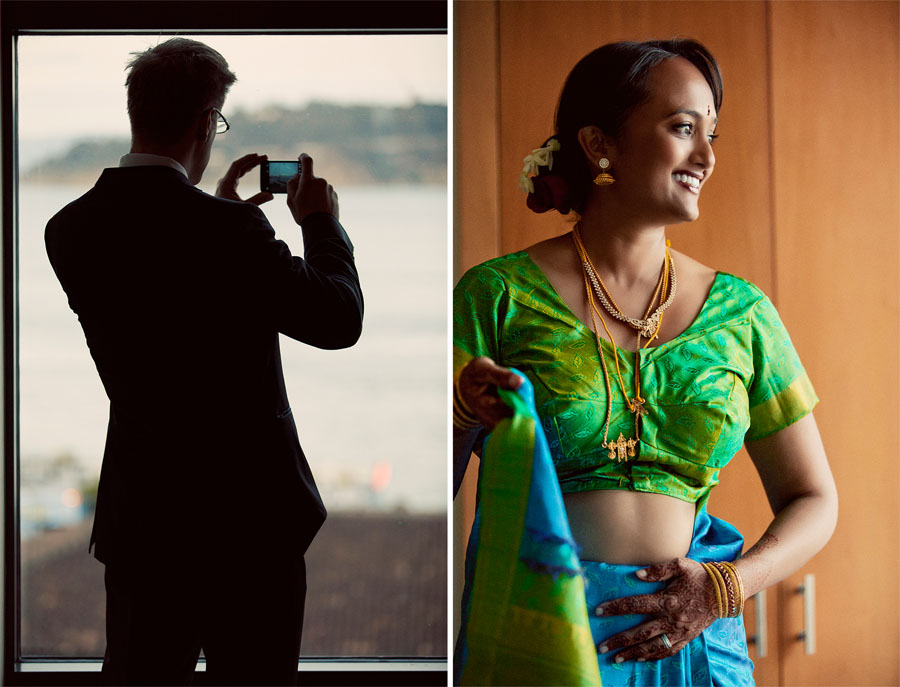 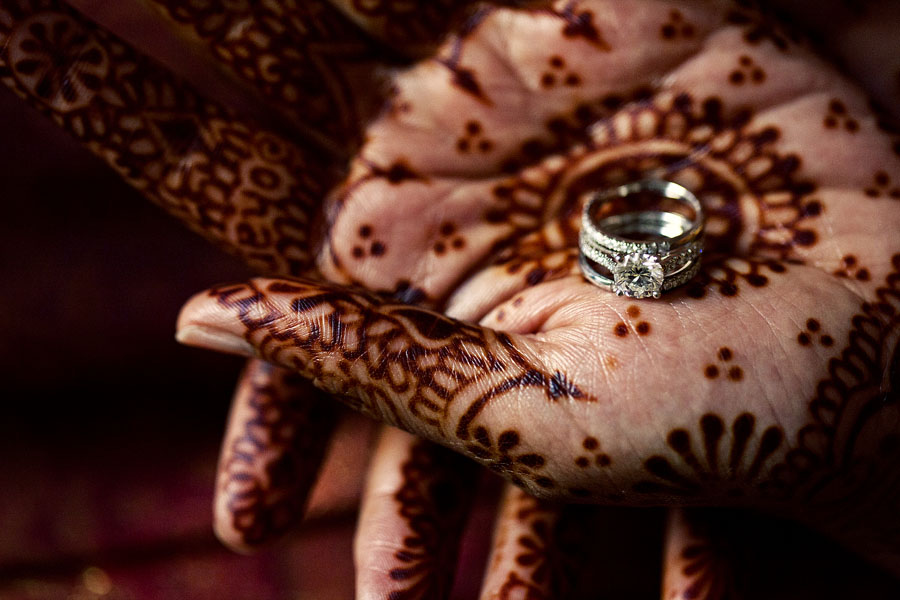