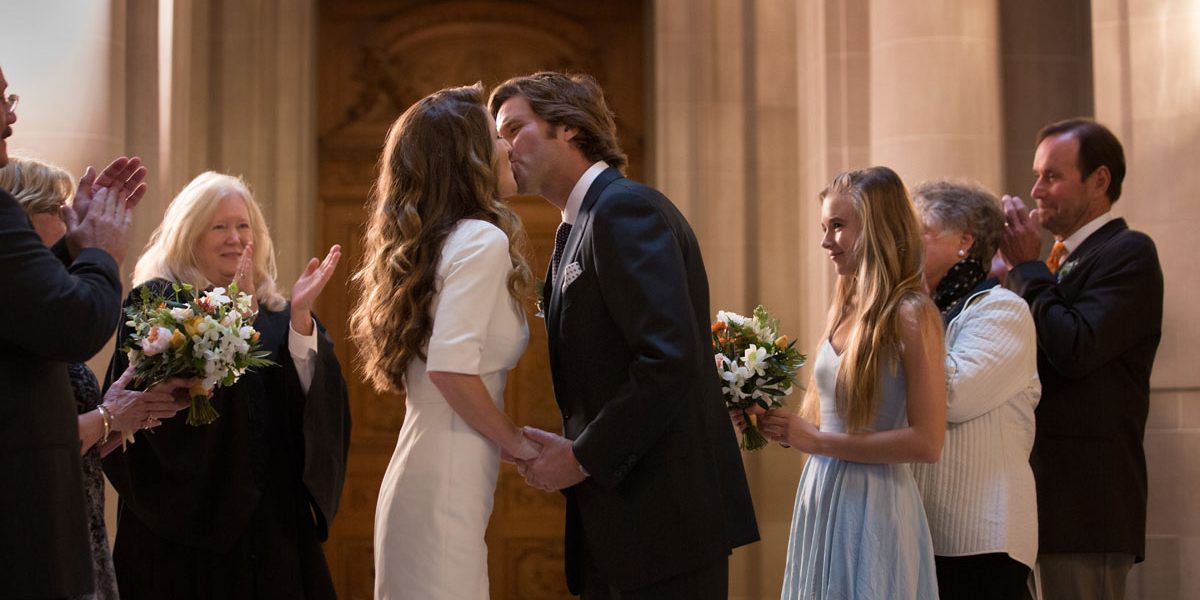 I’ve run into Cynthia many times at San Francisco City Hall, as well as private wedding ceremonies all over the Bay Area. Most of the time I see her in a black robe, so it was intriguing to invite her to the studio and learn about the woman behind the robe. Cynthia and I had a fascinating conversation. We started talking about weddings, but before long we were discussing (among many other things) her love for hats, costumes and film noir; some of the oddest ceremonies she’s ever performed; and even that time she climbed on a piano and sang “Black Coffee”. I honestly didn’t want to let her leave. After the episode, you may want to check out Cynthia’s wedding ceremony website, her Yelp page with client feedback, and Threshold Choir. Below, you can see a couple of City Hall ceremonies I’ve captured with Cynthia over the years, as well as the obligatory shot of her behind the microphone in the studio. 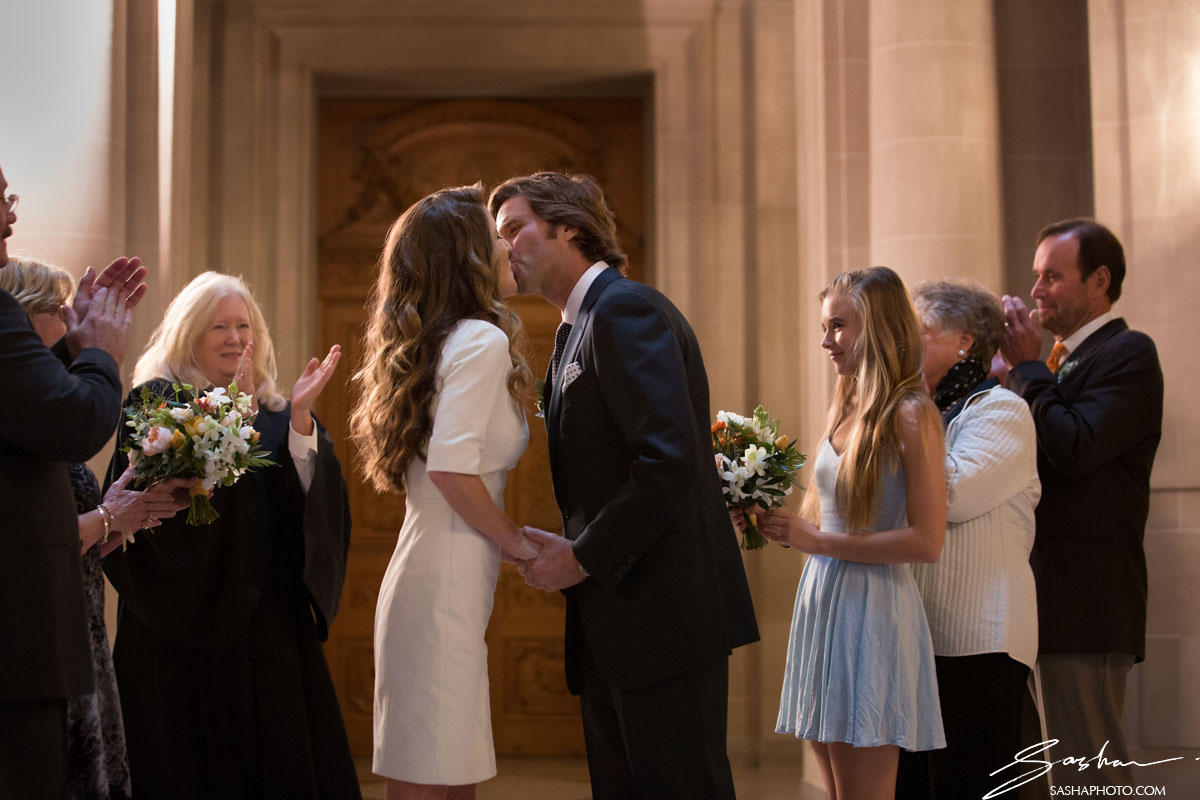 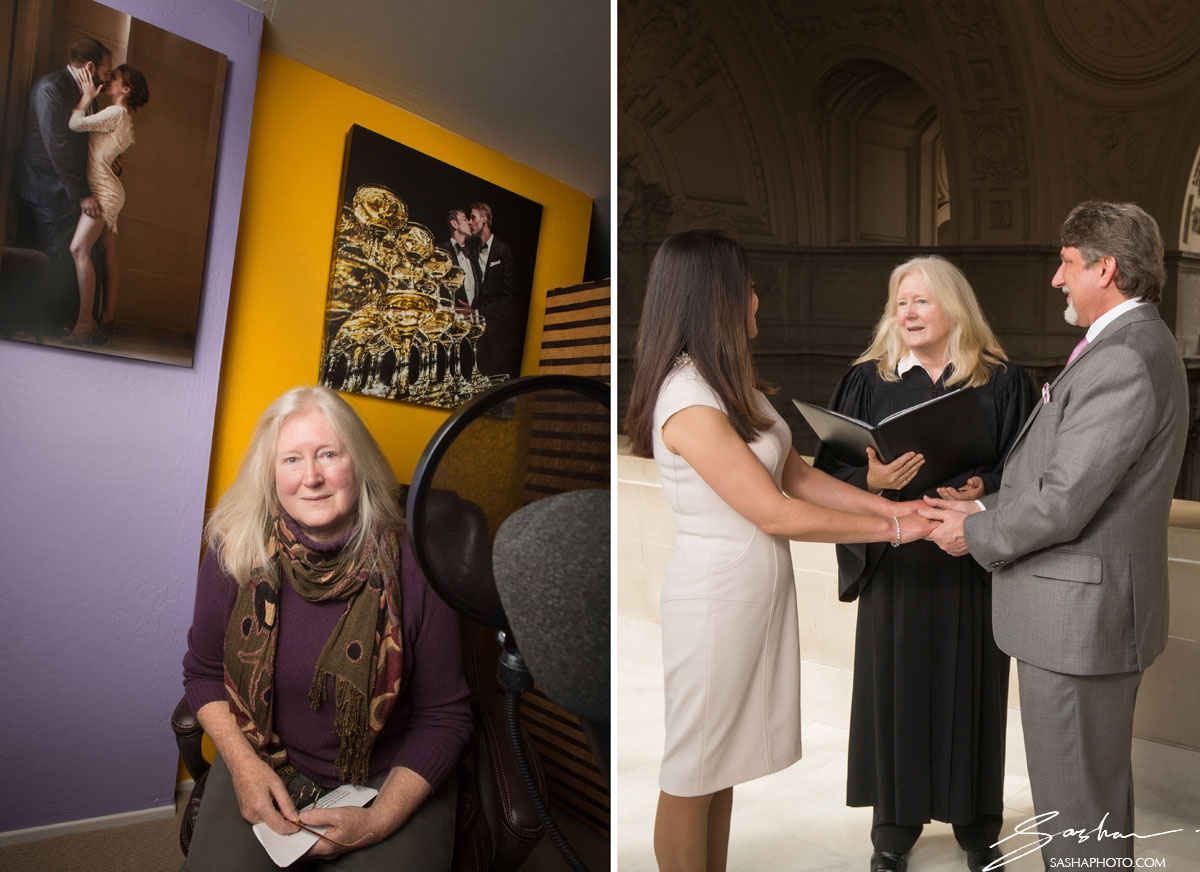