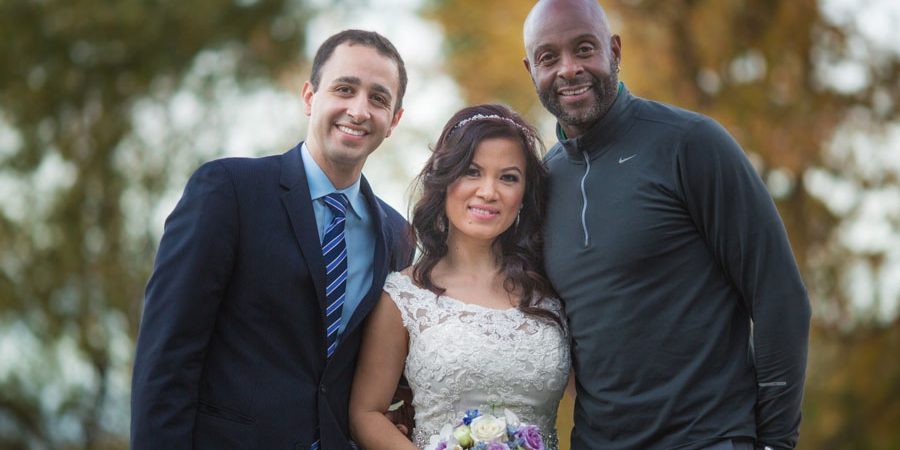 I grew up as a football fan in the 1990’s, so I got to enjoy many years of watching Jerry Rice, wide receiver, play for the San Francisco 49ers. I never expected that many years later, when I became a San Francisco wedding photographer, that Jerry Rice wedding crasher would show up at one of my wedding shoots.

My Most Vivid Memory of Jerry Rice

After the 2000 season, Jerry Rice moved from the San Francisco 49ers to the Oakland Raiders. In 2003, I was at the Super Bowl in San Diego to watch the Raiders play the Buccaneers. My brother, Ed Yevelev (talented political cartoonist), was only 13 at the time, and a huge Raiders fan. He had visited the Raiders training facility, met Rich Gannon, and received Super Bowl XXXVII tickets as a wish grant from the Make-a-Wish Foundation. (Ed is now a member of the Make-a-Wish Young Professional Advisory Council).

I remember that the four of us – my brothers Ed and Gary, my dad and I, were seated smack in the middle of a huge section of Bucs fans. The Bucs were crushing the Raiders and we were despondent. Suddenly, halfway through the 4th quarter, Rich Gannon dropped back and threw a gorgeous pass over the middle to a streaking Jerry Rice. You can see the moment in this Super Bowl XXXVII highlight video (17:30). As the ball was still sailing through the air, my brothers and I jumped up from our seats. Surrounded by a sea of red Bucs shirts, I still remember losing my emotions and screaming: “It’s Jerry Rice, bitches!!” A split second later, he caught the ball and scored a touchdown. The Raiders lost that game badly, but I will never forget that moment. 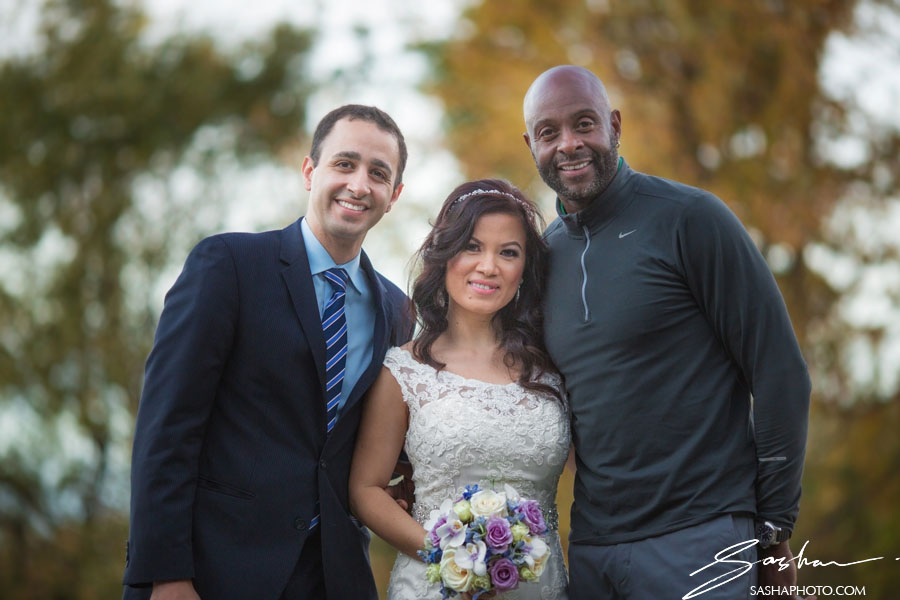 I was creating a wedding photograph in the tunnels at Bridges Golf Club, when suddenly a golf cart pulled up and Jerry Rice got out. He was cordial, said hello to me and my couple. The bride has no idea who he was, but the groom and I recognized him right away. “Oh my god,” I remember thinking for the second time in my life, “It’s Jerry Rice!” Interestingly, it was Jerry who asked to take a photograph with my couple. I didn’t want to ask him because I didn’t want to feel like I was exploiting him. At the time, I simply thought that he was just passing by and happened upon our shoot.

I read later that he lived nearby and was a regular golfer at the Bridges Golf Club. Pretty nice perk of having a Bridges Golf Club wedding, I thought!  Recently, however, a fascinating article came out on The Ringer. Jerry Rice wedding crasher is a weekly occurrence! Had I known this at the time, I might have been less shy about asking for a photo.