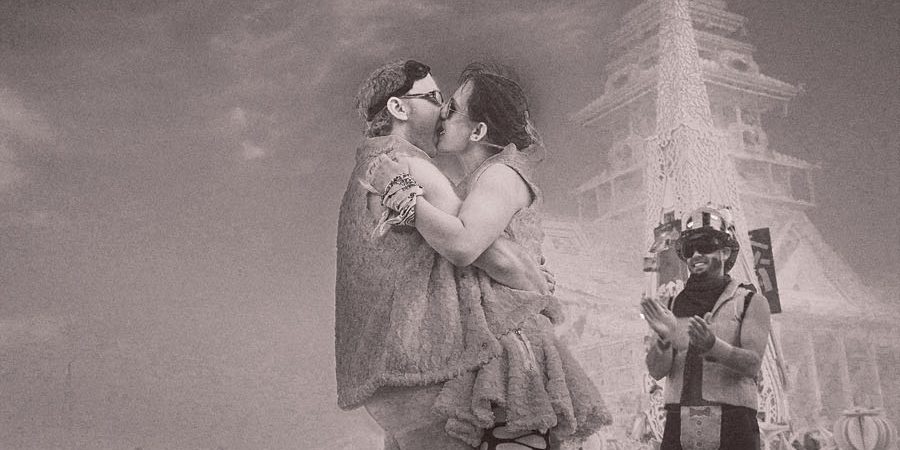 Wedding season has been really intense! Long time, no post. I was able to catch a short break in the action and headed out to Burning Man, It’s the annual pilgrimage to the light and endless creativity of the desert. I attended my first Burning Man in 2004. A couple of years later, in 2006, I met my wife there. We didn’t have a Burning Man wedding, but the place was magical for us.

In 2004, I ran around photographing everything in sight. Today, I take far fewer photos. I bring my camera of course, but I try to focus on the experience. I only take the camera out at moments where I absolutely cannot refrain from creating an image.

An Invitation to Photograph a Burning Man Wedding

Burning Man has been an important event in my life. This year, I was honored to document the weddings of two couples. Both of them chose to make it a milestone in their lives by tying the knot(s) out on the playa. In the ‘real world’, it’s not easy to find such concentrated, magnificent and spontaneous art that fills the desert for one week each year. This year, the Temple of Juno, designed by the incomparable David Best was one of the most striking and indelible markers on the playa. Both couples chose to have their Burning Man wedding at the Temple, but while one took place after a clear sunset, the other was nearly enveloped in a massive dust storm. These two images I created reflect how differently things turned out.

At Burning Man, each participant contributes what they are able for the comfort and enjoyment of others. It was very fulfilling to unpack my trade and experience as a wedding photographer from the real world, and a privilege to partake, for a brief moment, in the lives of two couples who chose to take this rite of passage at the desert festival. Now that I’m back from Burning Man, recharged and inspired, it’s going to be a very, very busy fall wedding season. The Indian summer will finally bring sun and warmth to foggy San Francisco. I’m excited for the music and energy and sunsets that bless this city of ours. I’m excited to create! 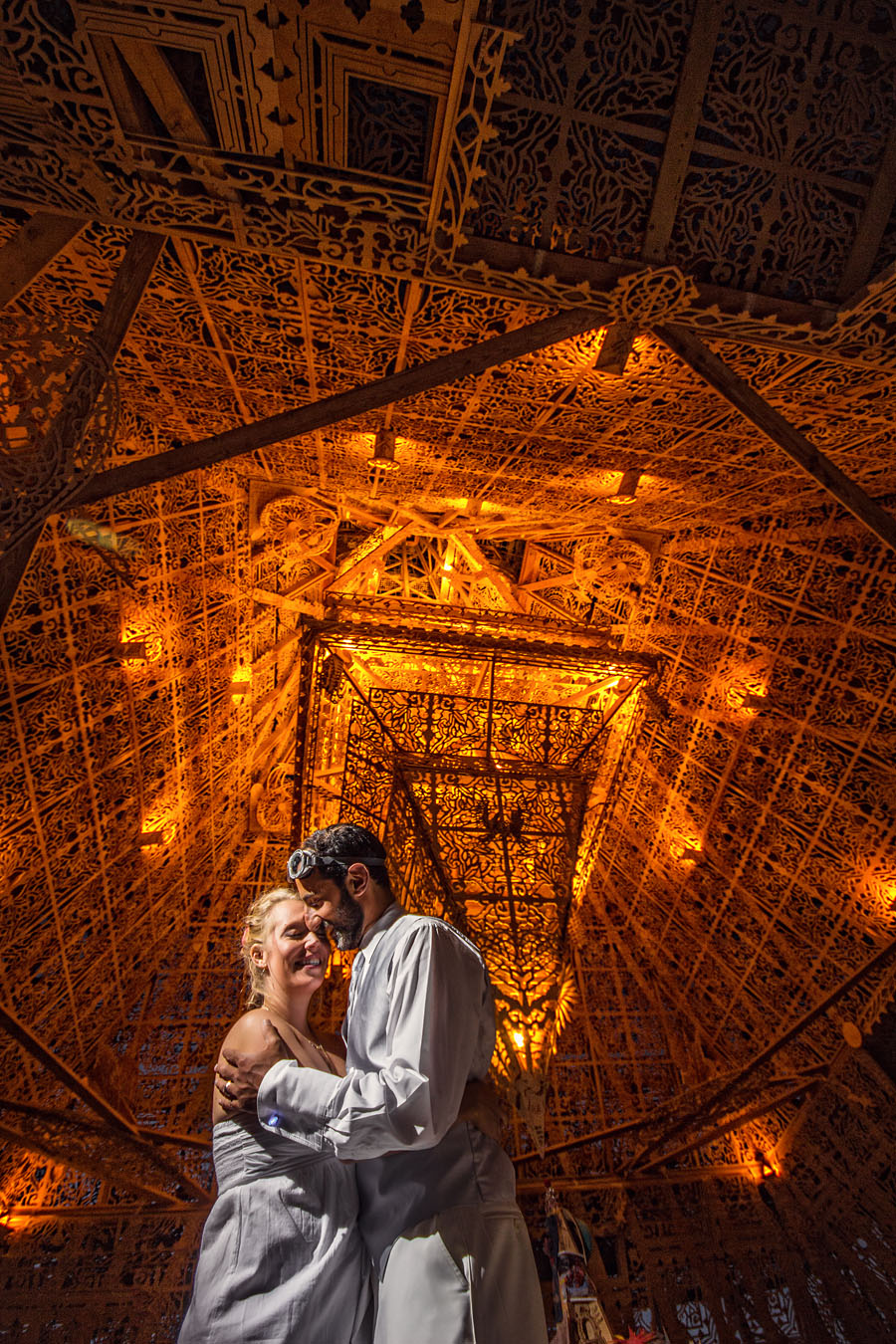 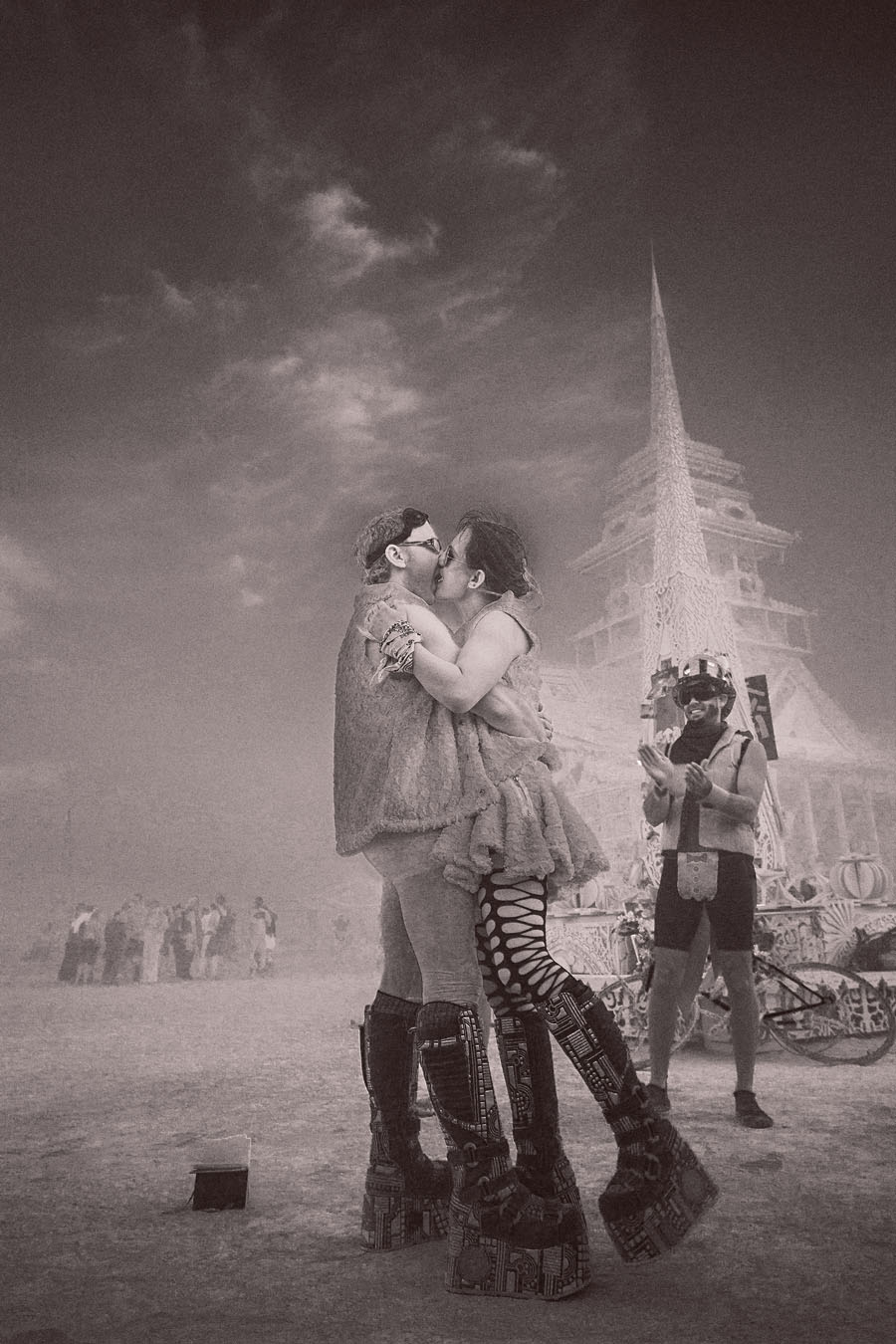