Naomi + Karl | The Day After Shoot 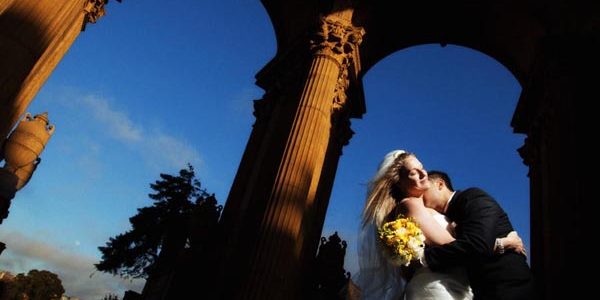 After their busy wedding weekend, it’s a wonder that these guys had energy to get back into character and set off on a photographic journey around San Francisco. Our itinerary took us first to the financial district, where people are generally not used to seeing couples in full wedding regalia on a Monday afternoon. We meandered around the hectic streets, looking for light and color, while the windy day did all kinds of awesome things with Naomi’s hair and veil. (Karl’s hair was affected too, just in a less dramatic way). After we were satisfied that we had turned enough heads, we moved on to waypoint number two, the Golden Gate Bridge. Getting the jump on the incoming fog, we were able to take some beautiful shots from the vista. Then, off we went to the Palace of Fine Arts. There we were able to take full advantage of the late evening sunlight and the majestic architecture. All throughout this demanding San Francisco itinerary, Naomi and Karl’s energy never wavered, and their closeness just continued to grow. 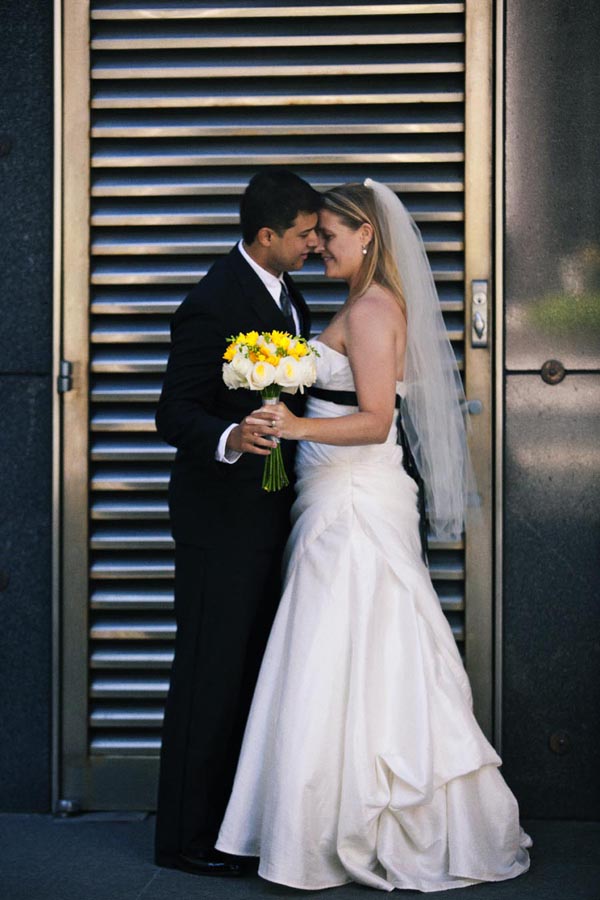 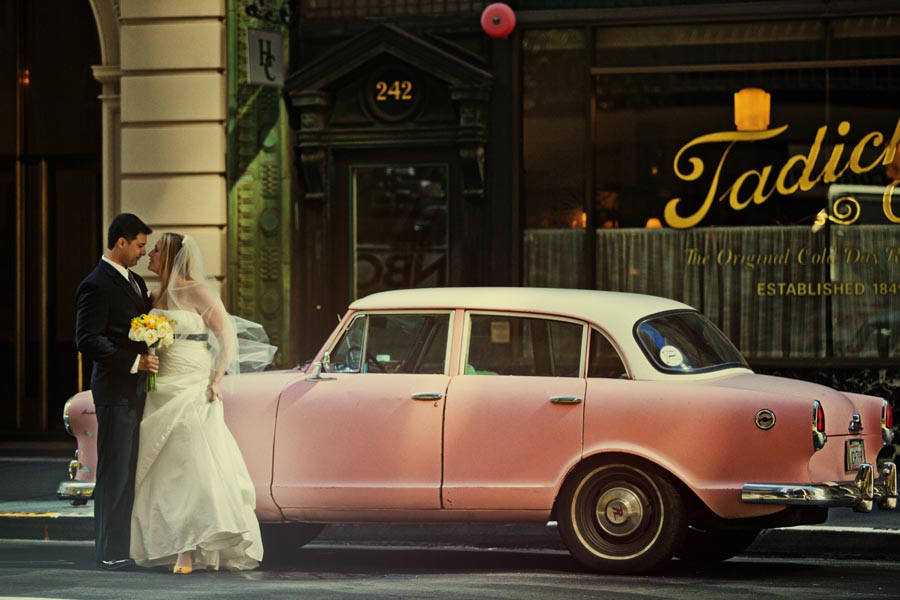 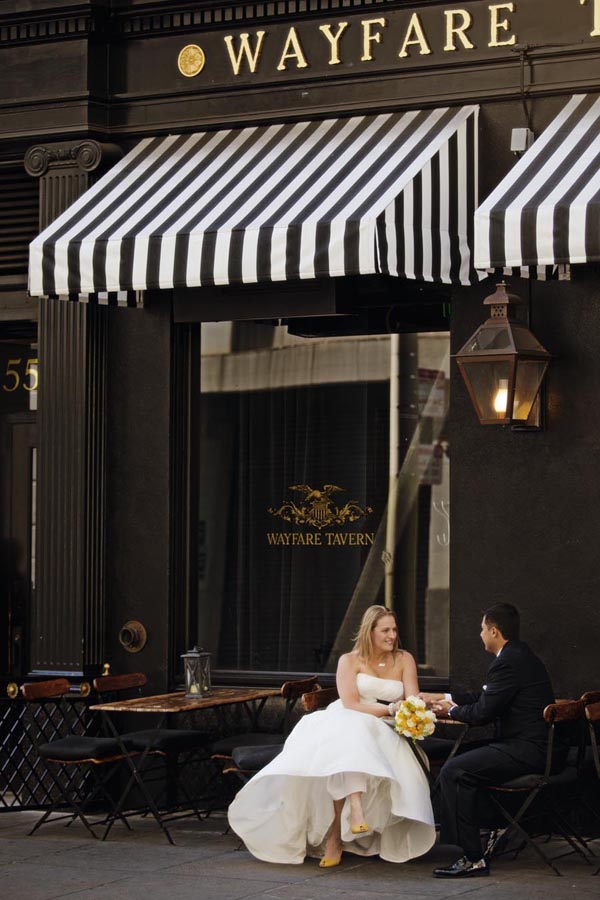 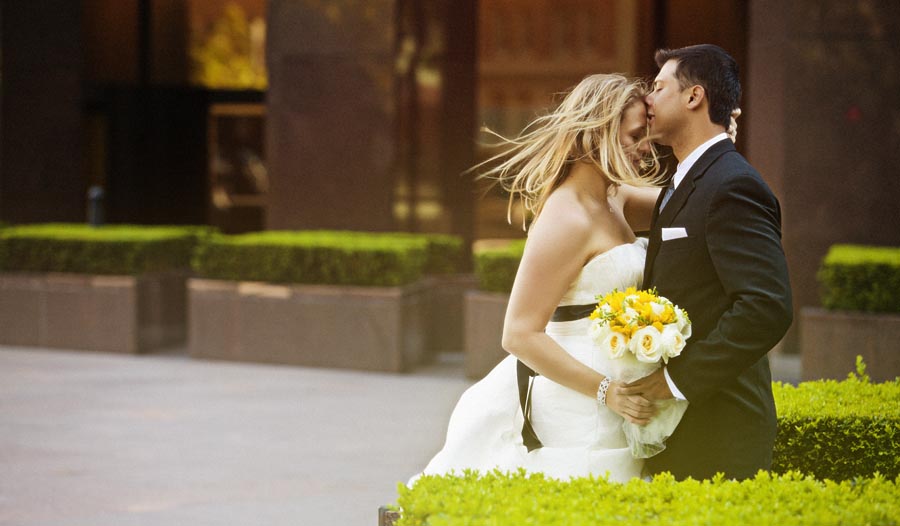 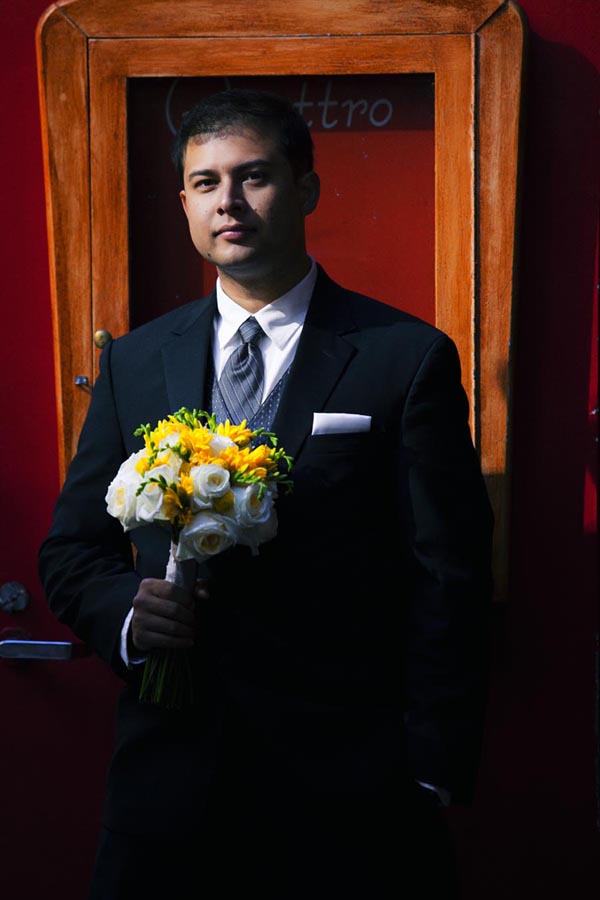 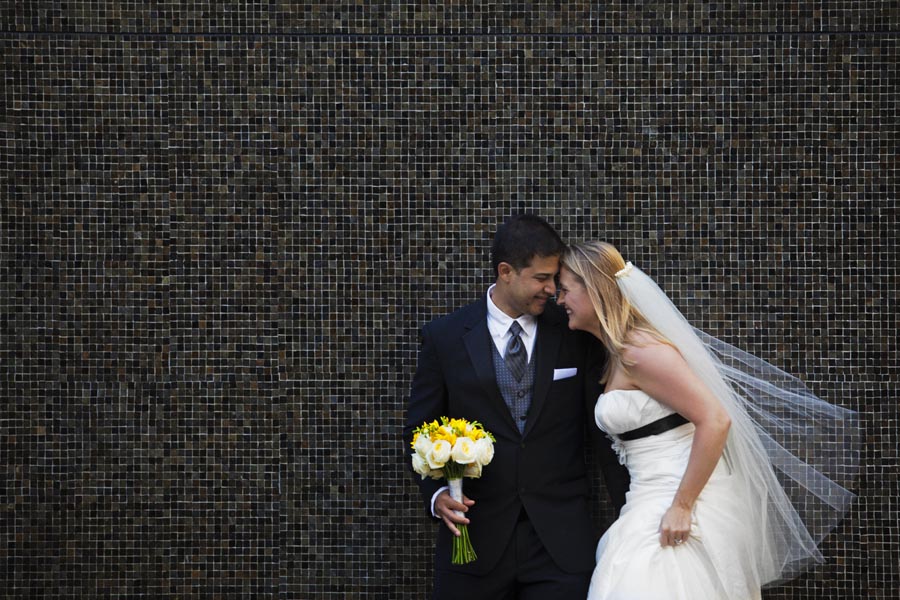 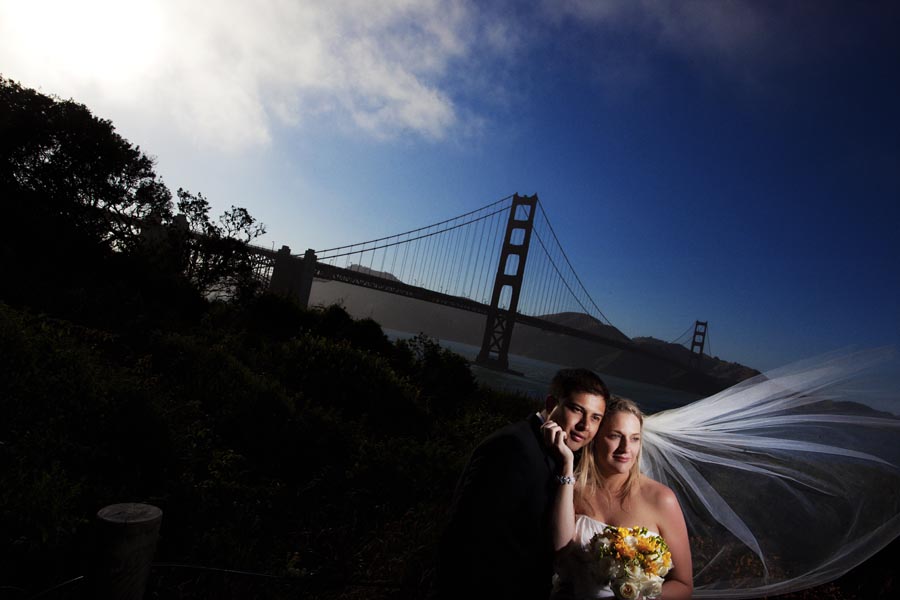 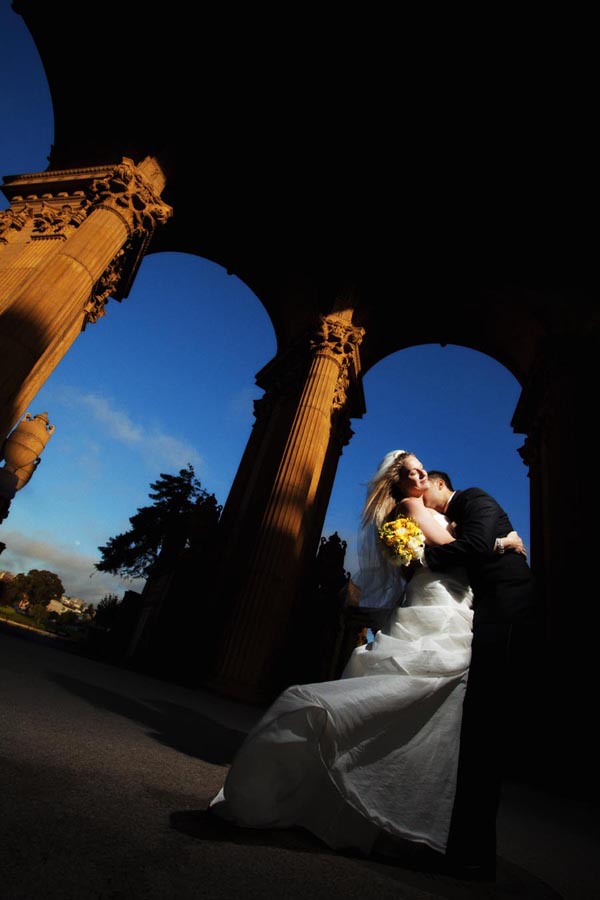 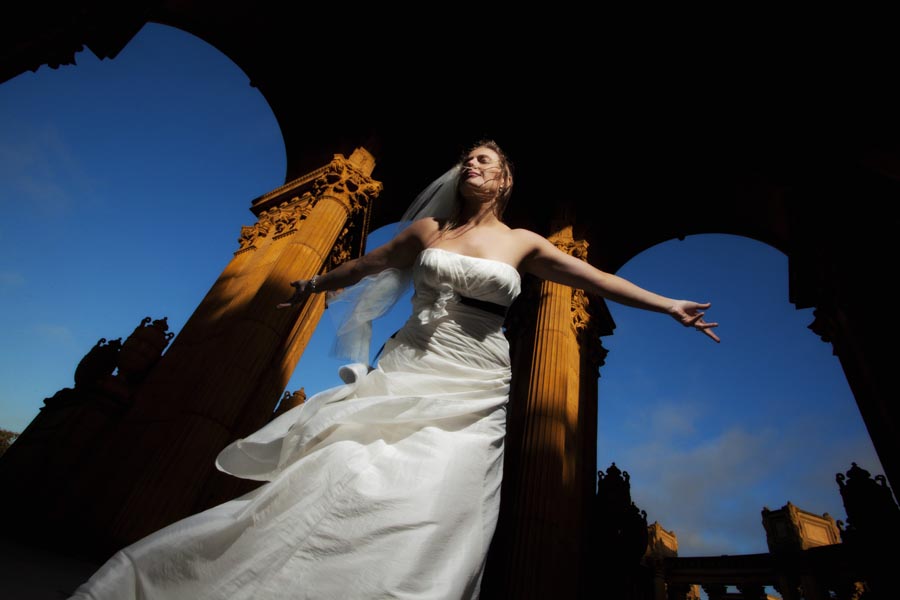