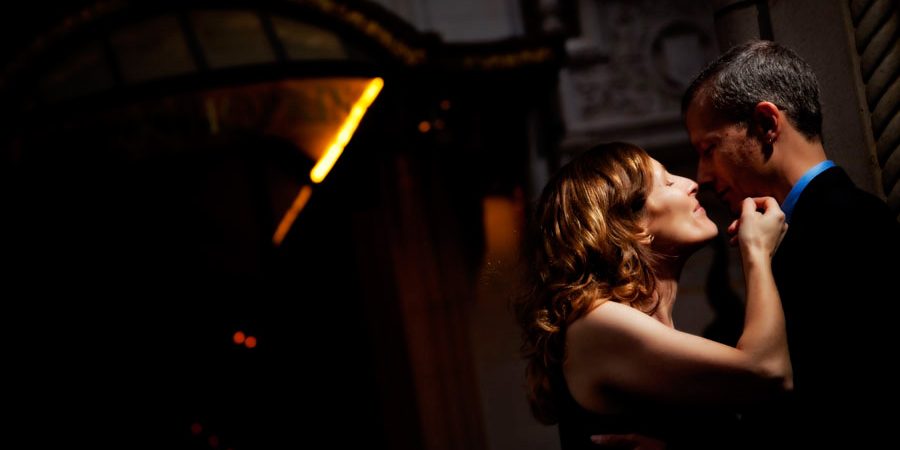 OK, here’s the deal: Beautiful Karen and dapper David are having their wedding at the Berkeley City Club, which is a Julia Morgan joint. Karen mentioned to me early on that she was a big fan of the architect. So, for the engagement session, I put together an itinerary that took us to several Julia Morgan sites in San Francisco, including the San Francisco Zen Center, the Chinatown YWCA, and the Fairmont Hotel. Thanks, Ms. Morgan, for the lovely brick walls! At some point during our shoot, they decided it was a good idea to buy some cognac, and who was I to stop them? “Sasha, how do you get your clients to comply with all your crazy ideas?” That’s how. You’ll notice down below in the behind-the-scenes picture, that we were pretty much living on the edge in order to get that tunnel shot. Karen was breathless around David all evening, but probably never more so than when the bus went by! They bought me a martini after the session to settle the score. 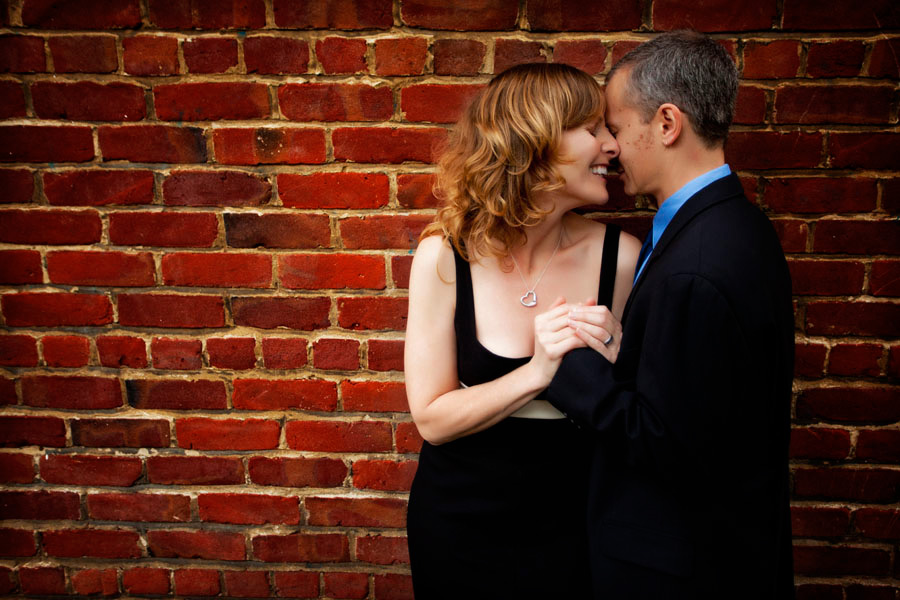 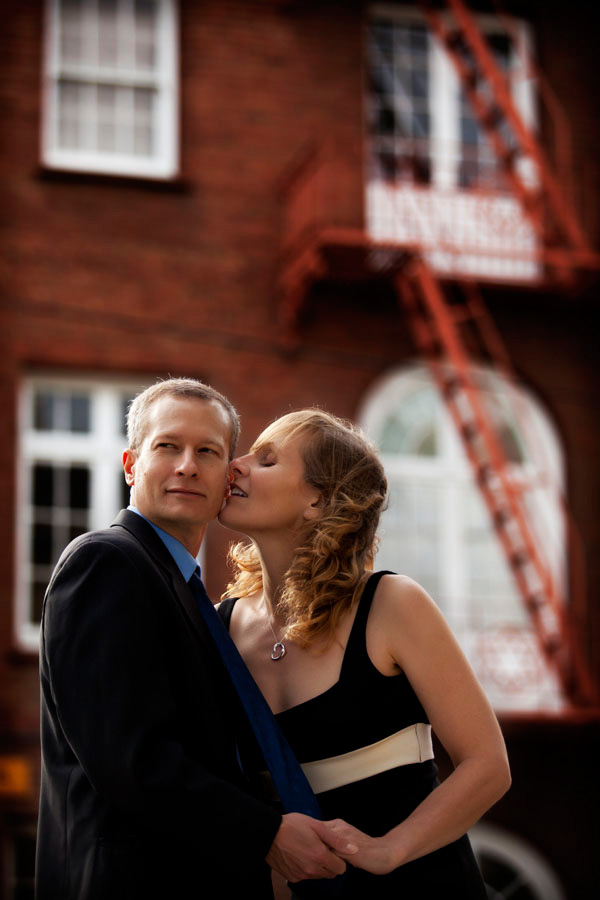 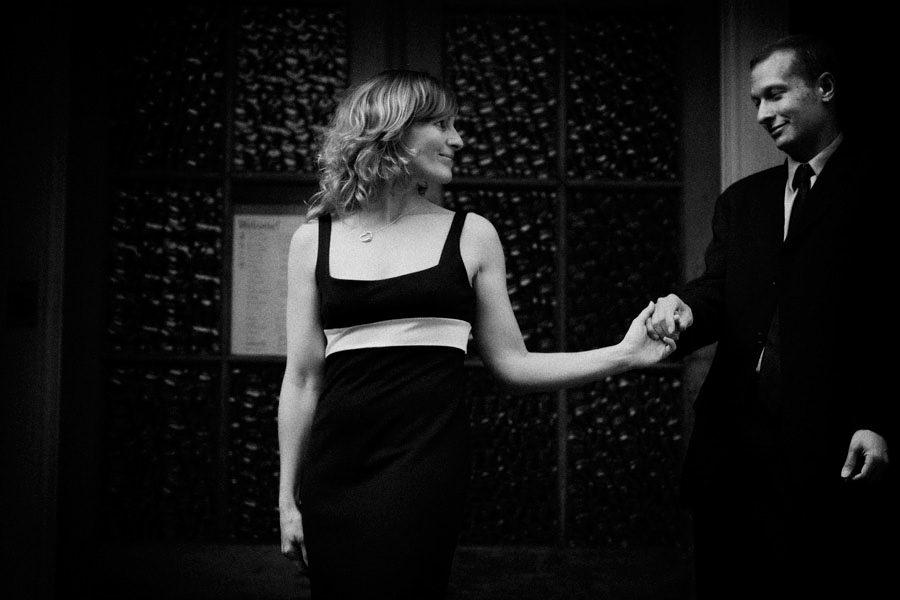 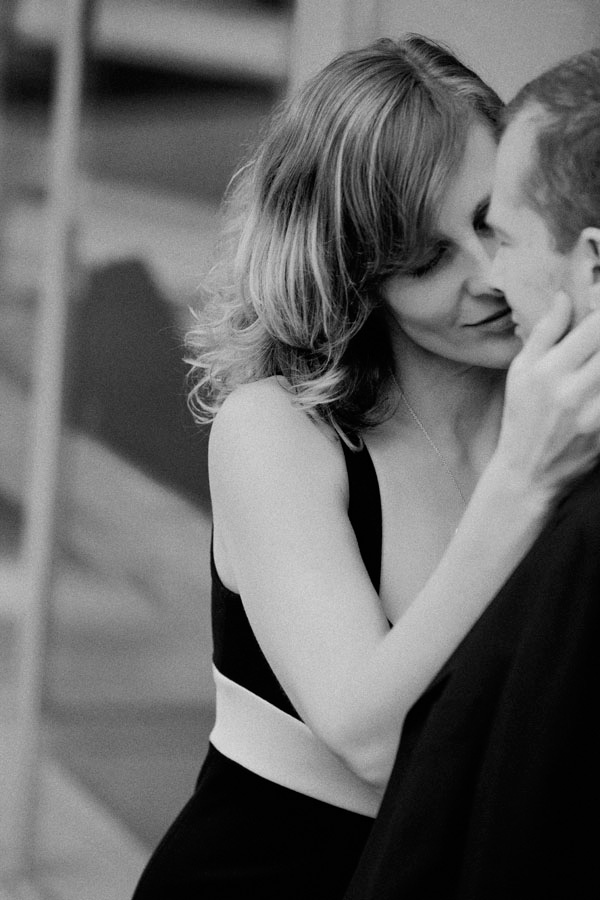 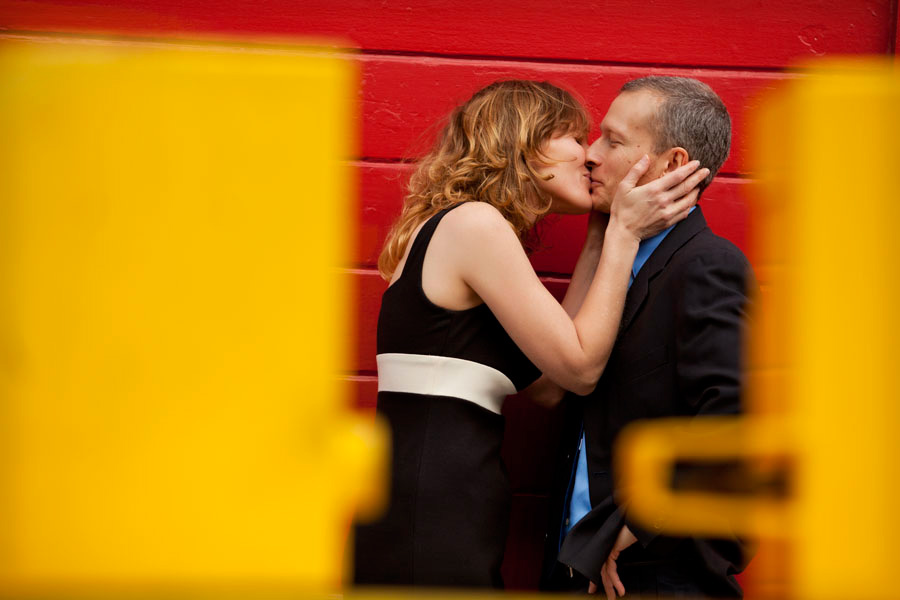 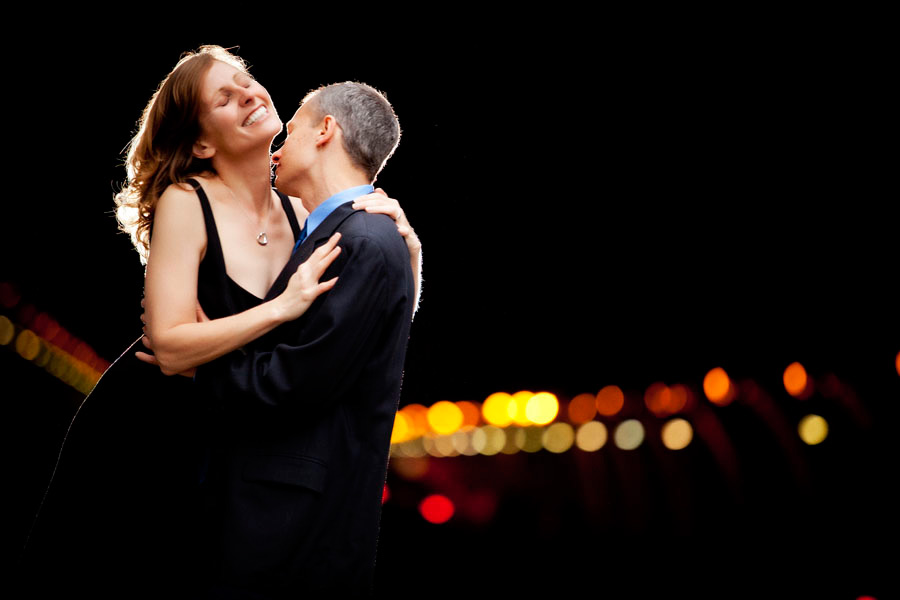 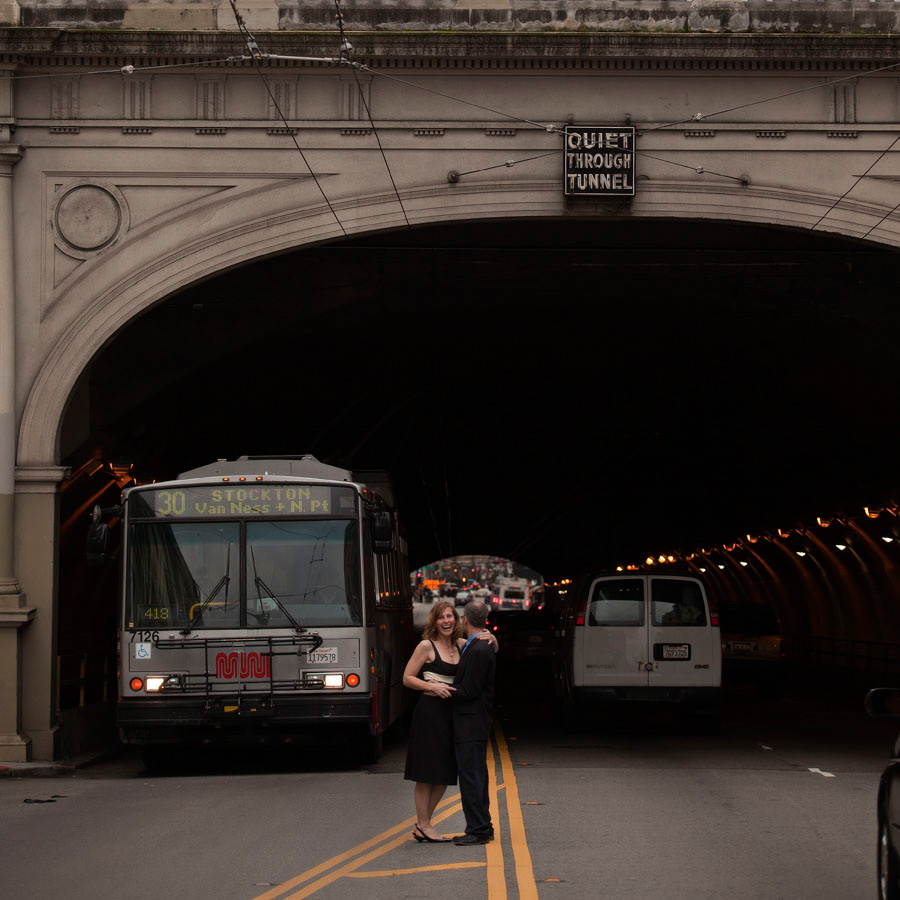 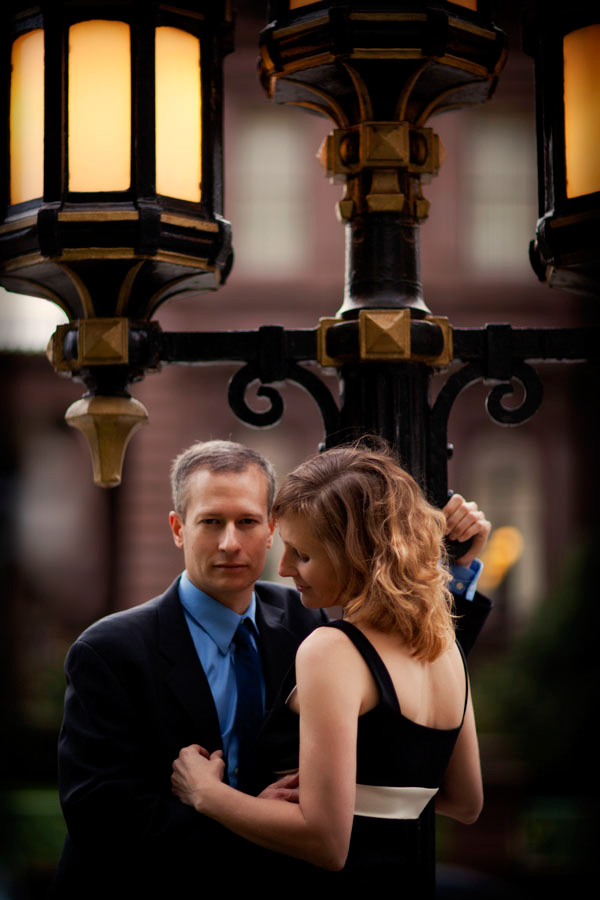 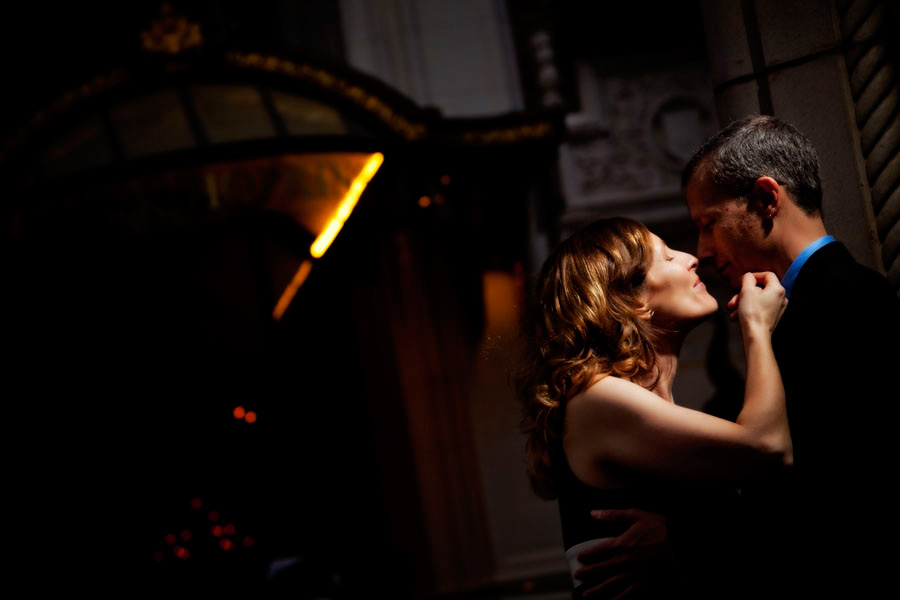